Improving Energy Efficiency in the Transport Sector through Smart Development 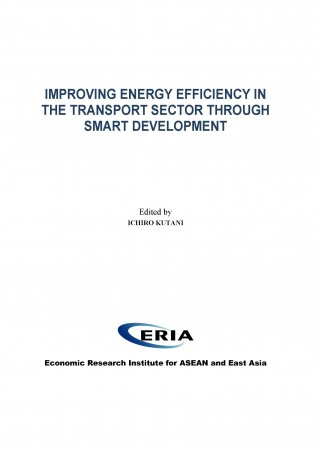 This study examines ways of improving energy efficiency in the transport sector of countries of the East Asia Summit (EAS). Among various possible measures, the study especially focuses on improving traffic flow in urban areas and on its subsequent effects.

Coping with increasing oil demand is one of the top policy agenda in EAS countries since such demand has been causing countries a variety of concerns, such as deteriorating security of oil supply, exacerbating fiscal balances, and worsening air quality. Although a number of studies were conducted to address this issue, few were focused on an interrelation between traffic flow and energy consumption. This study is unique in its approach as it interconnects energy policy and city planning, and quantifies the effect of traffic flow improvement on energy efficiency improvement.

First, the study has examined policy options that could enhance modal shift from private cars to public transport. In the second part, the study conducted a simulation analysis for a selected sample city, Jakarta of Indonesia. Based on a preference survey of the general public, this analysis figures out a possibility of modal shift which leads to reduced use of private cars and, thus, reduced oil consumption.

Chapter 2. An Overview of Bus Rapid Transits in the World