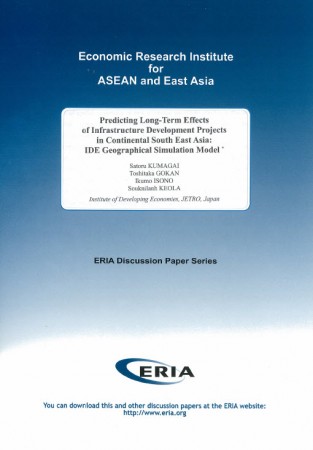 It is important to develop a rigorous economic geography model for predicting changes in the location of population and industries across regions in the process of economic integration.
The IDE Geographical Simulation Model (IDE-GSM) has been developed for two major objectives: (1) to determine the dynamics of locations of population and industries in East Asia in the long term, and (2) to analyse the impact of specific infrastructure of the IDE-GSM is introduced in the article and accompanied with results of test analyses on the effects of the East West Economic Corridor on regions in Continental Southeast Asia. Results indicate that border costs appear to play a big role in the location choice of populations and industries, often a more important role than physical infrastructures themselves.