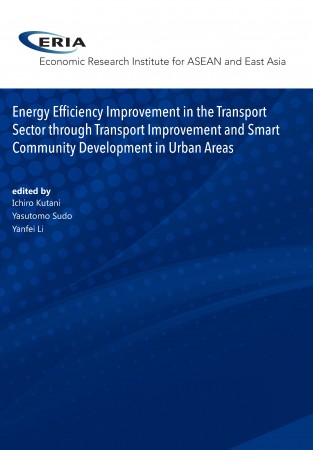 Da Nang City in Viet Nam plans to develop a bus rapid transit (BRT) system in the near future but does not have any blueprint for the necessary feeder line bus system that enables the BRT to perform better and, accordingly, to avoid traffic problems and excessive demand for oil. Therefore, this feeder line bus system issue will be tackled in this study.

Meanwhile, the basic development of the method of specifying the feeder network and its headways' optimal route was completed, and preliminary analysis was carried out. The following findings were obtained:� The addition of a feeder network increases the public transport's use rate although the rate reaches a plateau after a certain investment level. � In the results of feeder network optimisation, routes with many origins and destinations are preferentially selected. � The public transport selection rate near BRT stations is higher than that of those near the stations of feeder networks (in this study, the former has 28.5 percent; the latter, 8.0 percent).

Meanwhile, some points diverted from reality due to insufficient modelling. In particular, the function can be improved to better reflect the actual choice behaviours regarding different transportation modes. As such, tweaking the model to reflect the local situations may be required in the next step.

This study analysed how urban transport can be improved (and consequently improve the sector's energy-use efficiency) by promoting a shift in transport mode when a mass rapid transit system is introduced. The study investigated various precedent actions and relevant policies throughout the world. Findings indicate that many localities experienced significant economic loss and difficulties in addressing the problem due to policies not able to catch up with the rapid development of cities.

Thus, to prevent such deterioration in the traffic system, this study reviews the framework of problem awareness in urban transportation. After all, once appropriate preventive measures are in place and functioning properly, economic losses and recurring traffic problems could be avoided. Meanwhile, due to the lack in precedents, this study has anticipated that some cities may have difficulty in formulating proactive measures. Thus, its policy recommendations pertain to these four steps on how to formulate effective preventive measures: � Identify and share the concerns around potential traffic problems. � Present measures on the transport sector as part of urban planning. � Secure financial resources and formulate a sustainable policy mix. � Share values and collaboration with citizens and companies.