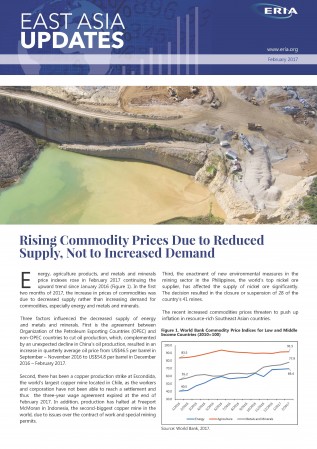 Rising Commodity Prices Due to Reduced Supply, Not to Increased Demand

Countries around the world are cautiously observing the latest developments of the global economy. Southeast and East Asian economies are bracing themselves for shocks that might arise from the world's major economies, particularly those of the United States, China, and Europe. In 2016, resource-rich East Asian countries seemed to be in good shape, with quite strong GDP growth - mainly driven by an expansion of private consumption, due in part to lower interest rates in each economy - and relatively low inflation.