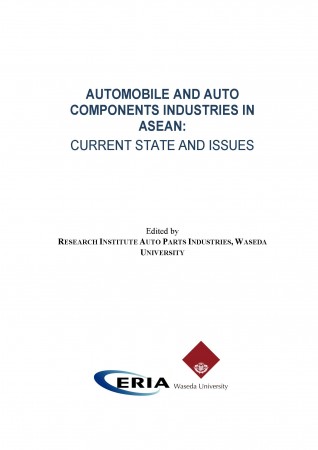 The ASEAN region is going through a time of changes. Concretely, efforts towards the realisation of the ASEAN Economic Community (AEC) 2015 are under way, which will result in a common market with a population of over 600 million. This is roughly half of the Chinese population and the creation of a common market will have great consequences for the world economy.

Basing on the latest 2013 available data, vehicle production in the ASEAN5 (Indonesia, Malaysia, the Philippines, Thailand and Viet Nam) countries surpassed 4.44 million units and sales reached 3.50 million units. If we are presuming a 5 percent annual growth rate for production and 7 percent for sales, this would result in 5.90 million produced and 5.60 million sold units in these countries by 2020. In fact, this estimate is relatively moderate as it partly includes the so-called CLMV countries (Cambodia, Laos, Myanmar, Viet Nam), which can be expected to experience a rapid market expansion. If the annual growth rate would reach 10 percent, the market would even surpass the 6 million unit mark.

If one adopts this projection, the ASEAN market has a truly high growth potential. Naturally, this is not to deny other markets: If projections for the Chinese automobile market are correct, sales will reach 25 million units in the same timeframe. However, the supremacy of the ASEAN market lies in its political stability, the advanced state of certain markets, and the historical impact of Western culture on institutions. This market has created a production system that rests on the international division of labour between diverse countries, meaning that this automotive production system differs from the Chinese or Western systems.

Chapter 1. Current State and Issues of the Automobile and Auto Parts Industries in ASEAN

Appendix. Regarding the "ASEAN Economic Community and Japan"