US Creates 3 New Entrapments in Asia 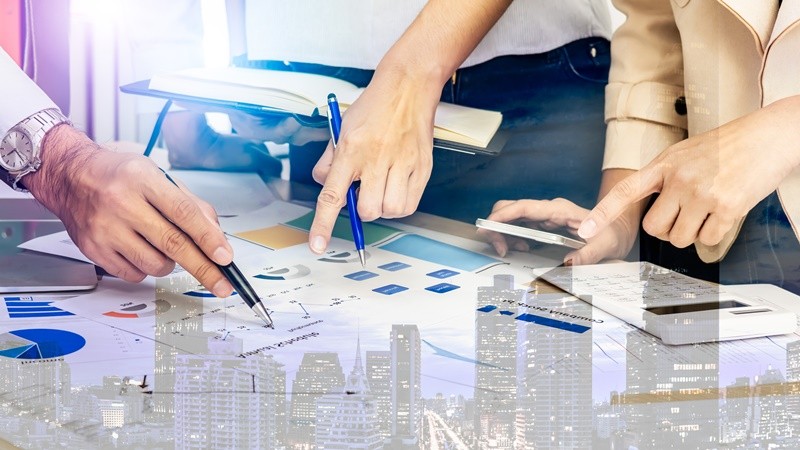 By Mr Kavi Chongkittavorn, Senior Communications Advisor:  With 90 days of the Biden Administration, three new entrapments have been on display by its foreign and security team dealing with China, ASEAN and the Mekong subregion. Future policies and the implementation of these three areas will have far reaching implications for the region. Notwithstanding the threats posed by Covid-19, they can further endanger and split the region into strategic jigsaw pieces that have the potential to dislocate the superpowers' endgames.

First of all, President Joe Biden has created the China imbroglio. Now it is not the United States alone that has to hold responsibility as Washington has already dragged in its allies to face China's challenges.

Mr Biden's views on China have been far more severe than those of the Trump administration. Fresh narratives against China have now been embedded and they rump up the US-China strategic competition, which could reach the brink of war. Worse still, this might deepen the ongoing anti-Asian sentiment in the US.

To put it plainly, the US has boldly said that it would not allow China to become No 1 in any undertaking. For the past 90 days, Mr Biden and his security team have been reiterating, through various ways, that the US will remain the world's leading superpower and the guarantor of the existing international order. Any nation attempting to challenge this position will have to bear the consequences.

In pursuing this pathway, the US must prepare for unexpected consequences that could arise in the near future. Given the mounting domestic challenges posed by the Covid-19 pandemic, racial conflict, the rise of right-wing militants and other social-economic challenges, the US will have to make difficult decisions on the country's priorities, especially those related to overseas interests. The decision to pull out the US troops from Afghanistan on Sept 11 is a case in point.

With the US going after China in such an intense manner during the pandemic, there are bound to be some surprises that might not serve US interests. For an instance, the ties between three Asian economic giants -- China, Japan and South Korea -- are becoming quite shaken and they could be the first casualties.

As the first leader to visit Washington and hold talks with Mr Biden last weekend, Japanese Prime Minister Yoshihide Suga has chosen to be on the side of the US. Mr Biden now has Japan as the biggest support of transforming the inward-looking "America First" policy of the Trump era to Mr Biden's global thrust with America leading. In the short run, that is what the US needs most from its key ally.

The danger is that Japan will unknowingly assume the position of deputy sheriff of the US in the overall strategy governing the Indo-Pacific region. During the 1990s and 2000s, Australia used to be in that position under the leadership of John Howard, very much to the chagrin of countries in the region. Unlike Mr Trump, Mr Biden understands the value and power accumulated by Japan's over four decade-engagement with the region. All countries, including China, followed and benefited from the flying geese economic development model during the 1970–80s. Now, with strategic matters at stake coupled with a rising China, Japan's role in the region must be carefully recalibrated.

That said, South Korea must also be brought into the picture. As another important US ally in the Indo-Pacific, Seoul is facing a similar dilemma when trying to balance its ties between China and the US. Even though Seoul continues to rely on the protection provided by the US, it does not completely take up the US agenda. At a recent security meeting with the US and Japan, South Korea played along to provide the optics that the allies in East Asia were still unified and solid. Deep down though, the security ties between Tokyo and Seoul are very strained. Both sides have yet to renew their agreement on intelligence sharing. Japan also has yet to lift its July 2019 export restriction to South Korea. Seoul's hostile attitude towards the planned release of treated water from the destroyed Fukushima nuclear plant was another indicator.

Looking ahead, as an active member of the Quadrilateral Security Dialogue, Japan's support of the US positions on sensitive issues such as Taiwan, Hong Kong and Xinjiang, considered by China as internal affairs, will deepen the divisions between Japan and China. As such, the latest joint statement by Mr Biden and Mr Suga in Washington, which mentioned the Taiwan Strait, has already added salt to the wound.

Since 2015, Japan has taken tougher positions against China for two reasons. First, it has been pressure from Washington that strengthen the US-Japan security alliance. Second, it is the Suga government's intention to raise the profile of Tokyo's response to Beijing's growing assertiveness in the Pacific maritime domain. In the foreseeable future, the relationship between the world's No 2 and No 3 economies are unlikely to improve. The long-standing scheduled visit of Chinese President Xi Jinping to Japan would be further put off. From Beijing's viewpoint, the latest joint Biden-Suga statement has crossed the redline as far as the China-Japan relations are concerned.

Mr Biden's second entrapment has to do with Asean. The worsening China-Japan ties have already impacted the bloc as a whole and individual basis. It will get worse in the near future. At the East Asian Summit last year, it took more than a week for the joint communique to be issued due to the disagreements between the two countries over wordings on various issues. If these trends continue, each Asean member will have to navigate through the visible China-Japan hostility in addition to the US-China rivalry. These two strategic rings could further limit the bloc's diplomatic manoeuvrability.

The US still has to display genuine intention towards Asean as a group. For nearly five years, the American ambassador to Asean has not been appointed, which is not a good indicator of support for Asean. Lest we forget, the US was the first partner to assign an Asean envoy in 2010. If the US intends to use Japan as its key partner in engaging Asean in strategic matters from now, it could cause some ruptures in the overall Asean-Japan relations.

Finally, the third entrapment is the Mekong subregion, where the US wants its friends to challenge China's leading developmental role. Now in its fifth year, the Lancang Mekong Cooperation (LMC) is moving forward uncontested. Amid growing criticism from the international and civil society communities, China has been adjusting its LMC policies.

The new framework of the Mekong-US Partnership will have a lot to do to catch up with China and other Mekong frameworks, especially those from South Korea, Japan, Australia and New Zealand. Otherwise, the possibility is high that the multi-facet corporation in the subregion would quickly be transformed into a strategic competition.

All in all, it is incumbent on the Southeast Asian countries to manage these new strategic landscapes with forth-sights and long-term visions. Otherwise, outside meddling could intensify to the point of open conflict, as in the South China Sea. Given the current high-voltage US-China and China-Japan rivalry, the regional leaders will require a clear-headed approach to avoid being pawns in superpower's endgames.