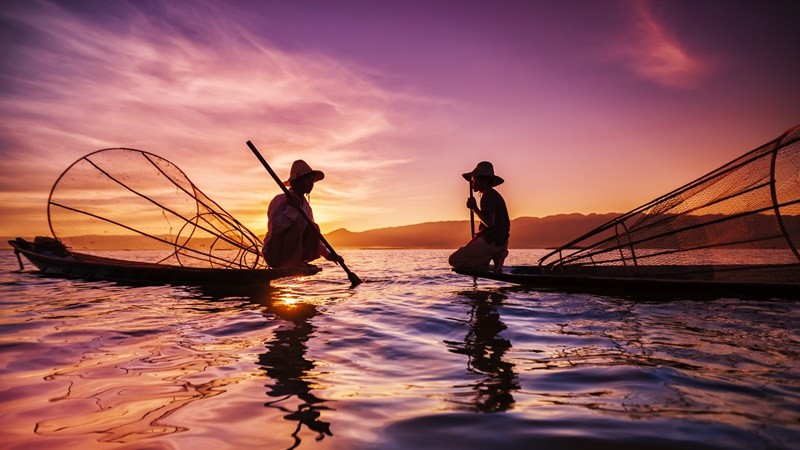 By Mr Kavi Chongkittavorn, Senior Communications Advisor:  Several subjects were on the table last Wednesday when Indonesian Foreign Minister Retno Marsudi held talks with Deputy Prime Minister and Foreign Minister Don Pramudwinai. They discussed the commemoration of the 70th anniversary of diplomatic relations as well as the preparations for the scheduled Asean Informal Ministerial Meeting and, of course, the situation in Myanmar.

Their bilateral meeting on the same day turned into a trilateral affair, with the unexpected participation of Wunna Maung Lwin, the representative for foreign affairs from the junta in Nay Pyi Taw, in town to discuss the development in Myanmar, a euphemism for the latest coup staged by Senior Gen Min Aung Hlaing. It was an unscripted meeting and took place after Ms Retno decided not to fly to Nay Pyi Taw. The trilateral meeting rewarded Ms Retno's efforts to communicate with the new regime face-to-face.

The Bangkok meeting paved the way for today's Asean Special Meeting on Covid-19 and other issues called by the Asean chair, Brunei. Obviously, those other issues will include the situation in Myanmar. Asean and dialogue countries are closely watching what transpires from the Asean meeting. Washington is clearly backing the bloc's ongoing efforts. US Secretary of State Antony Blinken on Saturday sent this congratulatory message to Mr Don thanking him for hosting the Indonesian and Myanmar foreign ministers for talks. "We are grateful for your leadership in seeking a useful outcome to this crisis."

Thailand welcomed Mr Blinken's statement in recognising the country's current attempts to keep channels of communications open with the regime despite criticism at home, particularly in the social media domain. Thailand has a huge stake in the crisis in its western neighbour.

It was interesting to note that both the media in Indonesia and Myanmar played up their visits while the Thai media hunted for more information and details. In the case of Indonesia, Ms Retno kept the media corps informed of her every move and intention throughout her shuttle diplomacy and stressed the important role of Indonesia in finding the best solution for the current situation in Myanmar.

In Nay Pyi Taw, the Global New Light of Myanmar was equally upbeat. The government's mouthpiece also ran three photos from the Feb 24 meeting with details of U Wunna Maung Lwin, who was invited to Bangkok for talks with both Prime Minister Prayut Chan-o-cha and Mr Don. The paper highlighted the meeting, conveying the official reception given by the Thai government. At their meetings, both sides reiterated their close cooperation in maintaining security and stability along the border as well as the protection of Myanmar's migrant workers in Thailand.

In Bangkok, the media reports were short on details and the tone was conspicuously subdued. Gen Prayut said he wanted to see Myanmar move towards democracy as quickly as possible. That helped explain his meeting with U Wunna. All the while, he has been defending his decision to meet with the junta's leaders, emphasising that it was not an endorsement of their actions. It was difficult to convince the Thai public as such. After the coup, Senior Gen Min Aung Hlaing wrote a personal letter to Gen Prayut appealing for both "physical and intellectual" support. It put Thailand and him in an awkward position. After all, he was also a coup leader who has made the transition to an elected leader.

Aung Hlaing stressed in his letter that the Tatmadaw's motto is "People are the Parents" and pledged to adopt the "political culture of conducting the democratic transition process through negotiations and legal measures and in peace and stability". Gen Prayut does not want to reveal the details of the letter which painstakingly explained the Tatmadaw's grievances against the National League of Democracy (NLD) Party and Aung San Suu Kyi over alleged election fraud and the voter lists issue.

However, with the violent crackdown over the weekend which killed 18 people according to a United Nations report, that could be a turning point. At the time of writing, according to informed sources, the Prayut government is pondering whether to issue a statement to urge the regime not to use lethal force as its predecessor did. In September 2007, Prime Minister Surayud Chulanont criticised the violent crackdown against protesters including monks and nuns sharing his views as a Buddhist and a former military official. "As a Buddhist and as a soldier, I can say that it will be very difficult for the Burmese government to use violence to crack down on the monks. It will be against the way of life of Buddhists," he reiterated. One of the sources said that national interest is more important than personal relations.

As a neighbouring country sharing 2,401 kilometres of border with Myanmar, whatever Thailand is saying and planning will have both short- and long-term repercussions on their bilateral relations across all dimensions including social, economic, political, security aspects. At the moment, the number one priority is to ensure peace and stability in Myanmar. More than the officials would like to admit, the prospect of having a new influx of refugees crossing into Thailand for whatever reasons could be very real and devastating.

For the past two months, Thai public health officials have done their utmost to contain widespread Covid-19 infection among migrant workers. As of last week, the overall situation was under control both in terms of testing and tracking and the first part of the vaccine rollout started on Sunday. During the meeting with Ms Retno, Mr Don emphasised this point, noting that there are two million Myanmar workers in Thailand, the largest population in Southeast Asia.

Apart from migrant workers, there are the armed ethnic groups based along the porous Thai-Myanmar border, which have so far expressed strong support for the NLD. Luckily, these armed groups remain dormant. Any security breakdown along the border could displace thousands and thousands of minorities. The Thai Army Region 3 has tightened security along the 10 provinces sharing the border with Myanmar.

Thailand is also mindful of its role in Asean, both as a founder and active member. Although Thailand's national interests must be protected, guarding the integrity and centrality of Asean is also important. In the past 10 days, Thailand has held numerous consultations with Nay Pyi Taw, other Asean members and key dialogue partners in an attempt to come up with a a doable solution that would respect the will and interests of the people of Myanmar.

From the Thai perspective, the Tatmadaw leaders must try to restore normalcy inside the country as soon as possible. Obviously, this is easier said than done. Since the coup, civil disobedience has intensified and spread throughout major cities in Myanmar. After two days of protests, the confrontations turned bloody and violent. The regime threatened to use any possible means to quell the demonstrations. Increasing numbers of activists and demonstrators have been detained.

As the Thais see it, the security forces must halt all use of lethal forces and immediately return to softer measures such as water cannons, as the main deterrent. To reduce the current tension and external pressure, it is vital that the junta releases Prof Sean Turnell, the economic adviser of Ms Suu Kyi who has been detained. He is a civilian and is not involved in any political manoeuvring.

For the time being, the prevailing sentiment in Myanmar, except for civil disobedience, is still devoid of any desire for reconciliation. The Myanmar players and stakeholders have to work out their resolutions. If that is not possible, then outside mediation would be necessary, which would further complicate matters.

As such, the Asean meeting today could be a life-saver for Nay Pyi Taw as the Asean family will discuss and identify common steps that need to be taken to bring back the democratic process and fulfil the will and the interests of the people of Myanmar.