Opinion Piece - US has all but ceded climate helm to China 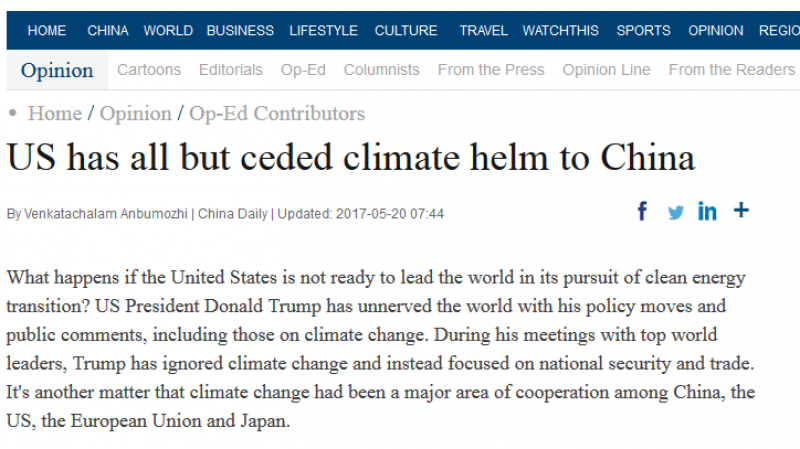 What happens if the United States is not ready to lead the world in its pursuit of clean energy transition? US President Donald Trump has unnerved the world with his policy moves and public comments, including those on climate change. During his meetings with top world leaders, Trump has ignored climate change and instead focused on national security and trade. It's another matter that climate change had been a major area of cooperation among China, the US, the European Union and Japan.... (read the full article by using the link above)