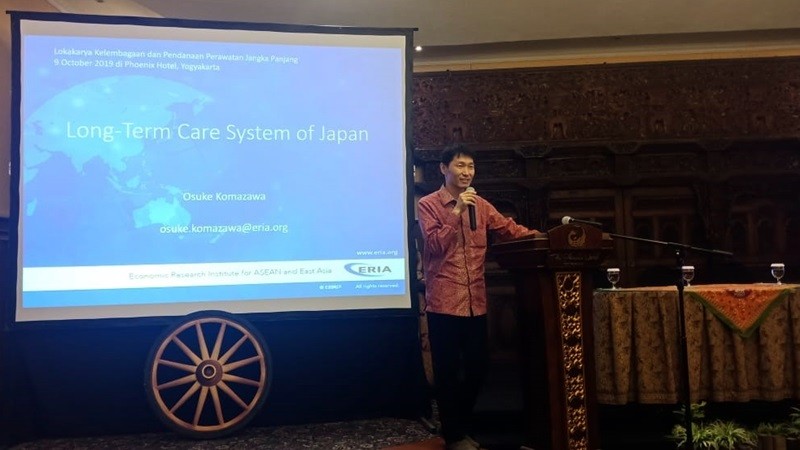 Yogyakarta, 9 October 2019: Developing a long-term care system in Indonesia was the focus of a workshop held in Yogyakarta on 9 October 2019. Organised by Indonesia’s National Planning Agency (BAPPENAS), the workshop was part of a series of workshops in several places in Indonesia to coordinate the policies of multiple ministries related to population ageing. These include the Ministry of Coordination, the Ministry of Health, the Ministry of Social Affairs, and the National Population and Family Planning Board. Representatives from the local governments of Jakarta, Yogyakarta, East Java, and Bali joined the workshop.

The workshop, which was also supported by the Asian Development Bank, was expected to be a milestone in developing an integrated guideline of long-term care, which is being formulated by BAPPENAS. Although several ministries and institutions have their own guidelines, these are sectoral. For this reason, BAPPENAS, together with line ministries, experts, academics, and practitioners, is required to develop an integrated guideline.