Can US, China Cooperate on Myanmar? 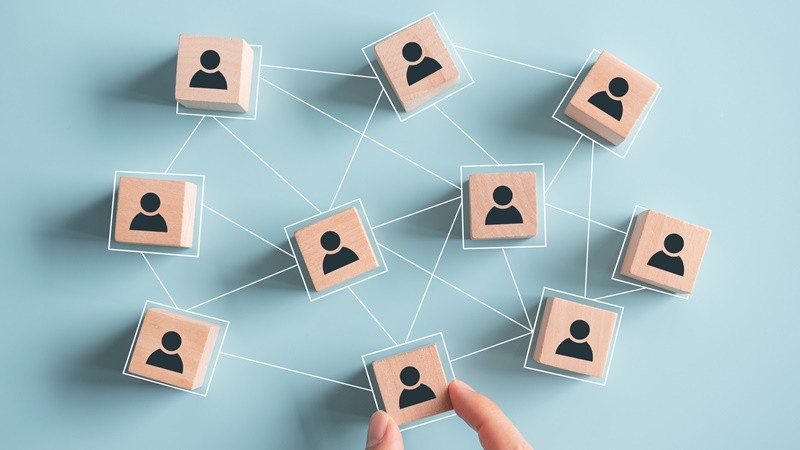 By Mr Kavi Chongkittavorn, Senior Communications Advisor:  Can the US transform the 'extreme competition' to 'extreme cooperation' with China for the sake of Myanmar's people and stability in the region? It is the only question being asked among the regional leaders. The meeting in Anchorage, Alaska this weekend between the leaders of the US and China could kick off a new impetus recalibrating their relations and beyond. The two superpowers can make a difference amid the unpredictable security landscape by continuing constructive dialogues.

Over the week, both sides have sent out signals in managing global expectation as their leaders have not met face to face for some time. Since coming to power, the Biden administration has been maintaining an unyielding position against China. However, unlike during the Trump era, the current White House's credibility has increased and it is being taken seriously by the international community whenever the diplomatic and security team announce their visions and approaches. The administration has proactively reached out to allies and friends throughout the world. In response, China has made positive overtures calling for win-win dialogue and cooperation to smooth the tough US rhetoric and stand on difficult issues including trade and human rights.

With President Joe Biden's new mantra of a broad multilateralism, the US and China have more space to work out common positions on global issues. Washington's return to the Paris Accord on Climate Change and the Iran nuclear deal and World Health Organization, as well as stopping support for the Saudi Arabia-led war in Yemen, among others, has been widely applauded. At the upcoming high-level meeting, besides their discussions on existing contentious problems, there could well be new issues on which Washington and Beijing could work or even compete together.

Last week, the United Nations Security Council issued a joint statement that strongly condemned the violence against peaceful protesters including against women, youth and children in Myanmar. Previously, this had been a topic of endless disagreements and vetoes. The council also expressed deep concern at restrictions on medical personnel, civil society, labour union members, journalists and media workers and called for the immediate release of all those detained arbitrarily. The council's common stands could lay the first step for the US and China to collaborate in the search for peace in Myanmar.

Should the US team led by Secretary of State Antony Blinken and National Security Adviser Jack Sullivan and their counterparts, Yang Jiechi, a member of the Politburo, the Chinese Communist Party and Wang Yi, State Councillor and Foreign Minister get along well, they might be able to help guide a speedier solution to the present crisis in Myanmar. Both countries realise that if the turmoil there drags on, it will have far-reaching repercussions to all, especially deepening the wedge between them. The two have more to lose in the long run.

However, if Washington and Beijing can focus on the low-lying fruit in Myanmar's crisis including an immediate ceasefire, secure the safety of protesters, the release of all detainees and pursuance of dialogue and reconciliation. It would be a win-win proposition for all.

At the global level, US-China collaboration could persuade other major powers to further constructively engage with one another to implement the council's wishes. Within the region, the council also provided the impetus for all concerned parties, especially Asean, to look for ways to address the quagmire in the most realistic and comprehensive ways. Last week, the Quad summit's joint statement also its strong support of Asean's unity and centrality. Obviously, Asean is deemed by the world over to be the most viable organisation to resolve the conflict in Myanmar.

At this juncture, the military regime headed by Senior Gen Min Aung Hlaing and the ruling party, the National League of Democracy, are not able to meet face to face for any serious dialogue and negotiation. They have yet to come to terms with themselves over the dire consequences of their actions. At this moment, the Asean members are working behind the scenes in close consultation with the concerned parties in Myanmar to break the impasse among them. After their informal ministerial meeting on March 2, each Asean member also issued an individual statement reinforcing the bloc's common stand on the crisis, calling on all sides to exercise utmost restraint as well as flexibility, for a de-escalation of the situation and the release of detainees, as well as urging all parties concerned to seek a peaceful solution through dialogue via any constructive channels.

The Asean leaders made clear their willingness to assist Myanmar to work out the best solution as a family. But whether the bloc is able to do so hinges on the trust in it of Myanmar's conflicting parties. Following the widely reported, albeit supposedly secret, closed-door meeting in Bangkok between Indonesia, Thailand and the junta on Feb 24, Nay Pyi Taw's attitude suddenly changed and turned inward-looking. After the special UN envoy for Myanmar, Christine Burgerner, urged the UN to reprimand the regime following her discussion with Nay Pyi Taw, the junta's leaders decided to cut off communication with her, leaving the only communication line for the UN through Asean members.

With the brutal crackdown and bloodshed, which has already killed more than 80 people, pressures are augmenting for the Western countries to toughen sanctions against key military leaders and their financial networks. It remains to be seen what will transpire on Army Day on March 27, which the Tatmadaw wants to show off to manifest its accomplishments along with traditional military parades. It would be a sham as the current carnage has deepened anger and hatred of Myanmar's people against the Tatmadaw. Furthermore, on March 31, when the tenure of representatives from the 2015 election will expire, the Committee of Representing the Union Parliament plans to establish an interim government effective April 1. Lessons learned from the Middle East, especially in Libya and Syria, regarding dual governments and unintended consequences are on the top of the minds of UN member states.

Given these fluid circumstances, it would serve all the major powers' core interests to see one of the world's most diverse countries maintain its unitary state and get back on its feet and integrate with the Asean Community especially in the time of the Covid-19 pandemic. As it stands, no country will benefit from the quagmire as it would create a powerful vacuum and invite foreign intervention.

For the Biden administration, which is eager to project a new US global image, the crisis in Myanmar is a blessing in disguise, enabling Washington to display fresh leadership that is firm but cooperative. It will have a swift impact on a regional architecture and reset ties with China, especially in the context of the Indo-Pacific region. Both sides can turn their "extreme competition" into "extreme cooperation". That cooperation would allow Asean to play an effective role as the facilitator. As such, the military regime would be more collaborative in settling differences among the concerned parties.

Any positive moves in Anchorage would be a big reward for the people of Myanmar as the traditional new year, Thingyan, is less than a month away. Last year, due to the pandemic, the celebration was cancelled. Myanmar deserves to welcome the new year like her Southeast Asian neighbours, which share a similar auspicious festival.