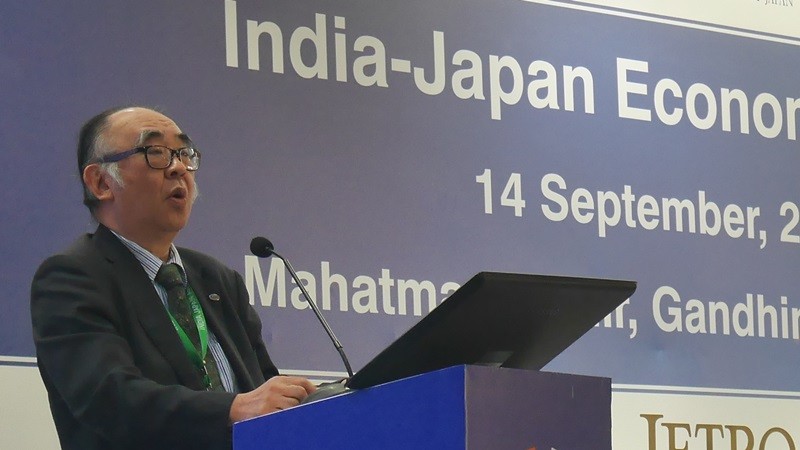 Prof Nishimura was one of the panellists in the first session of the India-Japan Economic Forum, 'Asia Africa Growth Corridor: AAGC Vision Report and India-Japan Cooperation and Collaboration' that was held on the sidelines of India-Japan Annual Prime Ministerial Summit. Other panellists in the session were Prof Sachin Chaturvedi, Director General of Research and Information System for Developing Countries (RIS), and Tomohiko Okada, MD from Toshiba India Private Ltd.

'Asia and Africa share similar past and common aspirations for their future. The two regions have a huge potential for cooperation for their future growth. This was recognised by the two Prime Ministers of India and Japan in November 2016. For ERIA, it is our privilege to be a part of this initiative, jointly with RIS and IDE-JETRO,' said Prof Nishimura.

Taking the mandate from the India-Japan Joint Prime Ministerial Statement, 2016, ERIA's Policy Design Department, together with RIS Delhi and the Institute for Development Economics - Japan External Trade Organisation (IDE-JETRO) Tokyo has developed the AAGC Vision Document. This Vision Document was released during the Africa Development Bank Group Annual Meeting in May 2017 in Ahmedabad, where it was laid before the Governors of AfDB. The preparation of AAGC detailed study is now under progress.