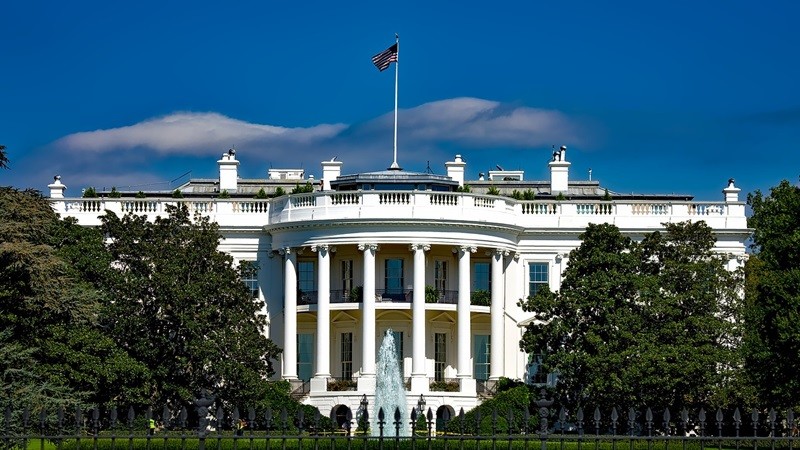 By Mr Kavi Chongkittavorn, Senior Communications Advisor: 1. First and foremost, ASEAN is one less problem for the US globally because it is peaceful and prosperous. Supporting Asean means strengthening both US cooperation and its profile in Southeast Asia. Former ASEAN secretary-general Surin Pitsuwan often told his American colleagues including former US State Secretary Hillary Clinton when she first visited the ASEAN Secretariat in April 2012 that ASEAN is a big asset for the US.

2. Asean means more jobs for American workers. By 2050, ASEAN will be the world's 4th largest economy. Indeed, the 10-member group is the 6th largest importer of US agricultural goods after China and Japan. All 50 US states export to ASEAN, supporting 500,000 jobs in the US. Furthermore, ASEAN is the No.1 destination for US investment and cumulatively receives nearly US$274 billion, more than its combined investment in China, India, Japan, and South Korea. In 2015, over 780,000 Asean citizens visited the US adding US$5 billion to the economy in addition to the US$1.7 billion Asian students contribute (From "Asean matters for America", put out by East-West Center, Washington DC, 2017).

3. Asean is as dissimilar to the European Union as an apple to an orange. It is not a military alliance. The bloc is promoting cooperation in all areas, especially now with respect to economic recovery from the impacts of the pandemic. Each member retains its sovereignty and has its own mind. However, when push comes to shove, ASEAN centrality will prevail. From time to time, its members openly disagree but in the end, they always reach a consensus — sometimes with the lowest denominator. As such, in the years ahead Asean will be a bridge-builder for the emerging regional architecture in incremental but sure ways.

4. Attendance at Asean-related summits is a must. As an experienced foreign policymaker, both as a former vice president and chairman of the US Senate Committee on Foreign Affairs, President-elect Joe Biden must understand the value of personal participation. It is therefore vital that he attends all Asean-related summits in the next four years. Barack Obama set a record for US presidents by meeting with the ASEAN leaders 11 times and attending the Asean-related summits in various ASEAN capitals seven times. In contrast, the Chinese leaders have never missed any Asean-related summits. In this region, there is an old saying: out of sight, out of mind.

5. The Biden administration must quickly appoint the American envoy to ASEAN after four years of absence. Lest we forget, the US was the first dialogue country to establish an Asean mission in Jakarta 2011. Beginning next year, most of the meetings will either be conducted through teleconference or face-to-face at the newly built ASEAN Secretariat. Therefore, the American chief of mission is urgently needed. All dialogue partners have deployed their dedicated ambassadors to ASEAN.

6.The recently signed mega-trade pact, the Regional Comprehensive Economic Cooperation (RCEP), shows off Asean's persuasive power and inner strength. The incoming president must not make the mistake of believing that the RCEP is a China-led undertaking, as the Western media have made it out to be. It must be reiterated here that it is an ASEAN initiative that was launched in 2012 by the bloc, which has been leading the negotiations for the past eight years. The defunct TransPacific Partnership was truly America-led and the renewed Comprehensive and Progressive Transpacific Partnership was spearheaded by Japan.

7. Remember too that Asean respects seniority. As the oldest leader among the dialogue partners, Mr Biden will be well received and respected whenever he visits the region in the next four years. Generally speaking, Southeast Asian people also respect and take care of the elderly and are willing to listen. That was one of the reasons for the low number of Covid-19 casualties among elderly citizens in ASEAN in contrast with the US and Europe.

8. Please, no human rights preaching during the visits. Given his deep conviction to defend human rights and democracy both inside and outside his own country, the president-elect must be cautious in handling these sensitive issues on liberal norms and values. It is absolutely a non-starter. ASEAN member countries do care about human rights and democracy. They prefer to discuss them informally and wherever possible in a discreet manner. The grouping has the Asean Intergovernmental Commissioner for Human Rights and ASEAN Human Rights Declaration, for which Washington can provide assistance in capacity building in transparent ways to help them reach international standards. In the Philippines, Indonesia and Thailand, local human rights defenders are fearless.

9. Asean is a miniature of the global political system with a myriad of peculiarities and personality traits due to its members' cultural and ethnic diversity. Asean comprises full and half-baked democracies, one-party and coalition-party governance, a sultanate and a kingship. The region is also home to the world's major religions including Islam, Christianity and Buddhism. Nearly 65% of its 655 million citizens are young, dynamic and tech-savvy. Take advantage of them.

10. Former President Obama also managed to win the hearts of ASEAN youth. He was the only world leader who travelled to the Asean member countries and conducted town-hall meetings with young students and aspirants. Utilising the Young Southeast Asian Leaders Initiatives, President Obama managed to reach out to more than 60,000 young people across 10-member ASEAN countries in townhall-style conversations. These remarkable events were also held in Vietnam, Laos and Myanmar, which granted special permission for him to address local audiences. There were no outcries of political interference.

11. As president, Mr Biden must hold a special US-Asean summit inside the US as and when the post-pandemic situation permits. Mr Biden's former boss, Mr Obama, left a great legacy through the 2016 special summit with the ASEAN leaders in California. He personally extended the invitation in Kuala Lumpur in October 2015. The Sunnylands Declaration was the milestone of the excellent Asean-US ties. Due to Covid-19, Donald Trump cancelled the scheduled Las Vegas summit in March without any backup plan at all. Worse, less than 72 hours before the 8th Asean-US Summit and the 15th East Asia Summit early this month, President Trump asked National Security Council Chief Michael O'Brien to stand in for him while Vice President Mike Pence and State Secretary Mike Pompeo did not even care to sit in. Notably, other EAS leaders including Russian President Vladimir Putin did.

12. The incoming Asean chair has been waiting patiently for a decade for the participation of a US president fitting for its 170-yearold ties. During Brunei's chair in 2013, Sultan Hassanal Bolkiah hoped to host Mr Obama. After all, he piloted his 747 plane to Washington DC for the official bilateral visit in March, during which he also took the opportunity to invite the former president to attend the East Asia Summit and the 1st US-ASEAN Summit in Bandar Seri Begawan. Unexpectedly, at the last minute, President Obama had to cancel his long-planned trip to deal with the sudden crisis at home caused by the US government's partial shutdown due to budgetary conflicts among lawmakers.