Announcement of the Winners of the 1st ASIA COSMOPOLITAN AWARDS 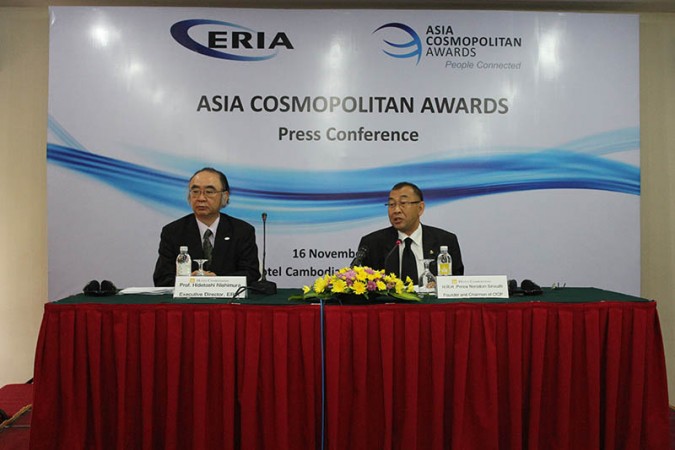 The Asia Cosmopolitan Awards Secretariat (c/o the Economic Research Institute for ASEAN and East Asia (ERIA), Jakarta, Indonesia) proudly announces the inaugural winners of the Grand Prize, the Economic and Social Science Prize, the Cultural Prize and the Memorable Prize.

The Asia Cosmopolitan Awards aims to recognize on a biennial basis individuals or organizations that have made substantial and significant contributions to the development of a peaceful and stable East Asian Community, to narrow the developmental gaps in the region, as well as to establish the sustainable social growth towards cultural and economic integration within East Asia.

An event to congratulate the laureates called the Nara Forum will be held on December 18 and 19, 2012, and will feature a presentation ceremony, a commemorative keynote speech, and lectures by the laureates.