The Impact of Economic Globalisation on Firm Performance and the Labour Market: Evidence from Japan 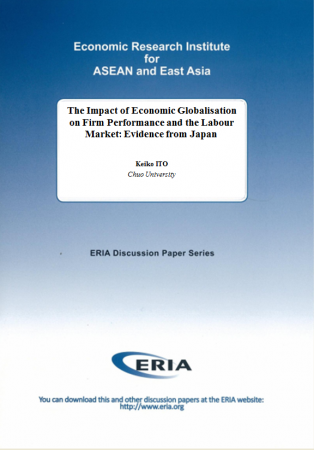 This paper summarises the major findings and arguments in the literature on the impact of globalisation on firm performance and the labour market, focusing on the case of Japan. Internationalised firms show better performance. Although offshoring has shifted labour demand towards skilled workers, thedirect contribution of globalisation to the widening wage gap is quite limited. The empirical evidence for Japan is more or less consistent with that for other developed countries, but some observations on Japan are worth pointing out. First, several empirical studies confirm a learning-by-exporting effect. Second, there is no strong evidence that increases in imports from China have reduced domestic employment. Increases in imports from China have a positive effect on value added growth in downstream industries, implying that imports from China are likely to be complementary to domestic production in Japan.