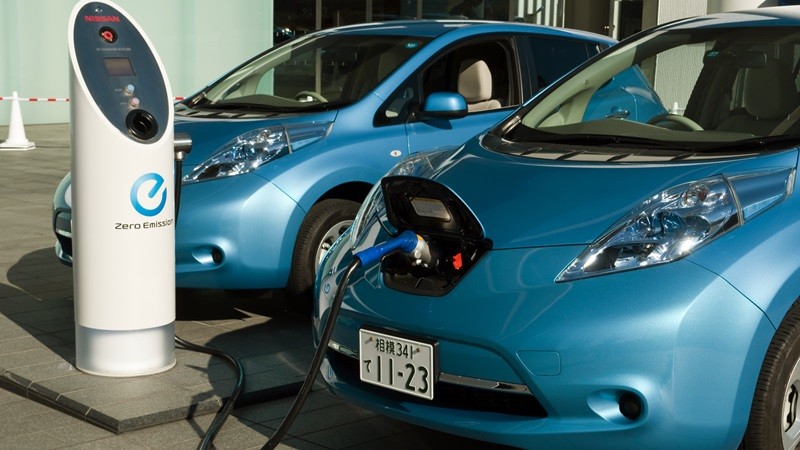 People living in the urban areas of Indonesia may soon see plug-in electric vehicles (PEVs) running on their streets now that President Joko "Jokowi" Widodo is expected to roll out regulations to accelerate the penetration of battery-operated vehicles.

Urban air quality improvements are among the frequent arguments evoked in favour of PEV adoption in Indonesia. Electric vehicles emit very low air pollutants that are harmful to human health such as nitrogen oxide, sulfur oxide, and particulate matters.

However, there remains at least one important question that is rarely discussed, namely: how clean is the electrical power that is used to meet the additional demand from PEVs. In other words, would the penetration of PEVs actually contribute to a reduction of Indonesia’s greenhouse gas emissions (GHGs)?

Minister of Industry, Airlangga Hartanto, has explained the government’s goal to accelerate the development of low carbon-emission vehicles as one of the measures to achieve the Indonesian National Determined Contribution target of reducing GHG emissions by 29 per cent under a business-as-usual scenario by 2030. The Ministry of Industry road map targets increasing the sale of electric vehicles to 20 per cent by 2025 composed of both PEVs and non-plug-in hybrid electric vehicles (HEVs).

Unfortunately, recent studies indicate that increasing the number of PEVs on Indonesia’s roads may not result in lower emissions.  Why not?  The answer has to do with how power is generated in Indonesia combined with the way in which PEVs are charged.

Conventional internal combustion engine vehicles (ICEVs) emit GHGs through the ignition of a mixture of fuel and compressed air. In the case of PEVs, GHGs, principally in the form of carbon dioxide, are emitted mostly during electric power generation that occurs at power plants.

The problem is that, in Indonesia, coal-fired power plants currently produce around 56 per cent of the country’s electricity, followed by gas-fired plants (25 per cent), oil plants (8 per cent) and non-fossil energy sources (11 per cent) including hydro and geothermal power stations. With this energy mix, the Indonesian electricity system emits on average around 840 grams of carbon dioxide for each kilowatt-hour (kWh) of produced electricity.

A study on the influence of electric vehicle penetration on economic, energy and environmental sectors in ASEAN conducted by the Economic Research Institute for ASEAN and East Asia (Suehiro and Purwanto, forthcoming - 2019) elaborates and simulates a scenario where, starting in 2025, power generation in Indonesia achieves a cleaner mix that emits only an average of 535 grams of carbon dioxide per kWh.

Assuming that the Ministry of Industry’s market share target of 20 per cent of electric vehicles by 2025 is achieved and continues to grow linearly, the total car stock in Indonesia by 2040 would be composed of around 30 per cent PEVs , 20 per cent HEVs and around 50 per cent ICEVs. In theory, the penetration of PEVs could potentially reduce the total energy-related carbon dioxide emissions in Indonesia by around 10 per cent in 2040 compared to a situation without any PEV penetration.

However, the ERIA study estimates that if the Indonesian power generation mix remains the same as today, the electric vehicle penetration target, as set by the Ministry of Industry, would contribute practically nothing to greenhouse gas emission reduction. It is an absolute prerequisite that Indonesia achieve the goal of at least 25 per cent renewable energy share in its power generation mix if increasing PEVs are to reduce GHGs.  In fact, if the power generation energy mix gets worse than the current mix, for example if the number of coal-fired power plants increases or the share of renewable energy drops, PEV penetration would only raise carbon dioxide emissions.

Second, when and how PEVs are charged determines which plants satisfy additional electricity demand. This can also have an impact on emissions. Studies in countries that lead in electric vehicle penetration have shown that when charging is not regulated, most users tend to charge their electric cars as soon as they reach home after work, between 6 and 9 pm. In Indonesia, this would add pressure to the urban electric grid at peak load times as electricity demand from household activities is highest during these hours.

Studies in countries where coal-based electricity generation is still quite important, such as in Germany and China, show that electricity supplied to PEVs charged in the late afternoon would mostly come from carbon-intensive energy power generators, namely coal- and gas-fired plants, as they are the usual recourse for additional energy demand during the peak load period. In other words, the time that PEVs are charged can increase GHGs.

To sum up, the potential positive effects of PEV deployment in reducing GHGs in Indonesia would not materialise unless two types of accompanying measures are taken:  the increase of renewable sources in power generation and the management of PEV-charging.

First, in the power generation sector, Indonesia needs to achieve the power plant mix targets set in the Indonesian 2018 – 2027 Electricity Supply Business Plan and the 2018-2037 National Electric Energy General Plan. In addition to these targets, the government must elaborate and implement an additional set of policies to increase renewable resources in power generation for urban areas as PEV penetration would take place first in cities. For example, the potential of building solar PV installations along urban rail corridors or in the outskirts of urban areas needs further assessment.

Second, the government needs to prepare a strategy to implement low-carbon electricity-oriented charging schemes to avoid additional stress on the electric grid and at the same time maximise the use of low-carbon power generation. This could be done through the adoption of a smart-charging mechanism that would favour PEV charging during periods of the day when use of low-carbon energy electricity is at its highest. This strategy should also include the development of an open-data platform to gather information on public charging stations, their locations, types, modes, real-time use, and operators. The platform should help users to optimise their electric mobility and use of the electric grid through their PEV-charging needs. 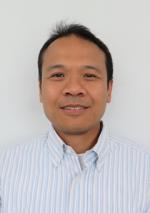 Alloysius Joko Purwanto obtained his doctorate degree in economic sciences from Université Lyon II in France. Afterward, he joined the European Commission’s Joint Research Centre in Seville, Spain for three years as researcher and then Transport & Mobility Leuven in Belgium for almost ten years as senior researcher. During that period, he has worked in various European Commission research projects in energy and transport economics focusing on policy impact assessment using modelling.