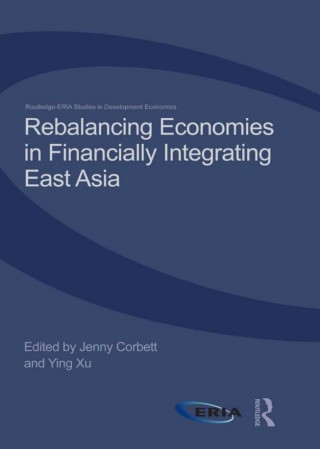 Since the Asian Financial Crisis (AFC) of 1997–98 large current account surpluses have accumulated in the countries of Asia and the Pacific with corresponding deficits elsewhere. The sharp plunge in global trade volumes during the global financial crisis has highlighted the need for ‘rebalancing’–focussing more on domestic sources of economic growth than on exports in some Asian economies. One key objective of the book is to elucidate the economic structures and policies that give rise to current account surpluses and imbalances and consider what policy adjustments could change them. Another objective is to show the link between financial systems, financial integration and the transmission of economic shocks between countries.

The book offers new dimensions to understand ‘rebalancing’ and provides alternative and arguably more fundamental solutions to address imbalances. Rather than focusing on exchange rate misalignment, this book begins from the premise that the imbalances are a macroeconomic problem that reflects a mismatch between savings and investment in the surplus countries. Then, it examines exchange rate policies adopted by countries in the region and finds that part of the explanation for their currency strategy lies in their perceived need to build foreign exchange reserves to provide a buffer in case of instabilities. The book examines whether there are other possibilities for countries to insure against economic volatility by more actively and openly engaging with international capital markets. The studies show that closer financial integration, involving more open financial markets, with well-chosen partners, would be welfare-improving and should reduce the need for the counter-productive, self-insurance policies that result in foreign exchange accumulation.