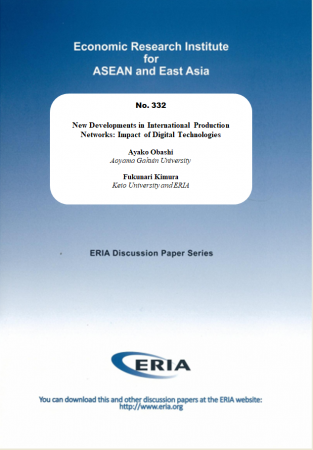 We conducted a standard gravity exercise using worldwide disaggregated trade data to shed light on the influence of the spread of digital technologies on network trade. We found that growing investment in industrial robots in relatively lagging countries, together with imported digitally deliverable services, is enhancing bilateral network trade flows in East Asia, but not necessarily in other parts of the world. This suggests that exploring complementarities between machines and human resources in production blocks supported by better service-link connectivity may allow newly developed economies to retain and expand the international division of labour.