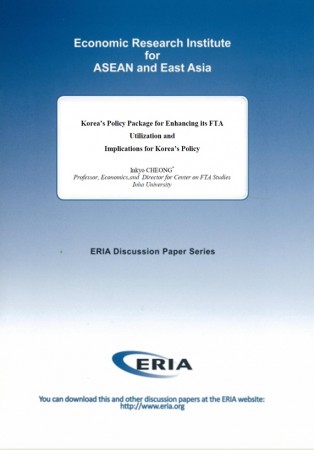 Korea's trade with most of its 46 free trade agreement (FTA) partner countries has been expanded continuously. Its FTA utilization ratios were as low as 20% before 2010, and some suspicions regarding the benefits of FTA were raised, despite the government's active promotion. But Korea recorded higher than 70% FTA utilization in the case of Korea-US FTA and the EU-Korea FTA in 2013. Today's high performance could be achieved due to the strategic approach and diverse support mechanisms initiated by the government of Korea since 2010. The supporting programs for businesses included education courses for companies and consulting, workshops to explain the FTAs and provide information on FTAs, building the portals for FTAs, and the expos for FTAs in foreign countries. Several policy implications can be drawn from Korea's experience in assisting businesses with FTA utilization. First, the major barriers that prevent companies from utilizing FTAs should be clearly identified. Secondly, coordination among national supporting agencies is critical in increasing the efficiency of the infrastructure assisting FTA utilization. Thirdly, governments should promote FTAs with large economies, which are expected to bring high economic gains in general. Fourthly, authorities of trade and industry should understand the importance of the quality of FTAs.