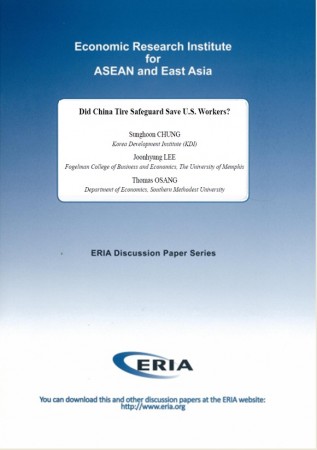 It has been well documented that trade adjustment costs to workers due to globalization are significant and that temporary trade barriers have been progressively used in many countries, especially during periods with high unemployment rates. Consequently, temporary trade barriers are perceived as a feasible policy instrument for securing domestic jobs in the presence of increased globalization and economic downturns. However, no study has assessed whether such temporary barriers have actually saved domestic jobs. To overcome this deficiency, we evaluate the China-specific safeguard case on consumer tires petitioned by the United States. Contrary to claims made by the Obama administration, we find that total employment and average wages in the tire industry were unaffected by the safeguard using the 'synthetic control' approach proposed by Abadie et al. (2010). Further analysis reveals that this result is not surprising as we find that imports from China are completely diverted to other exporting countries partly due to the strong presence of multinational corporations in the world tire market.