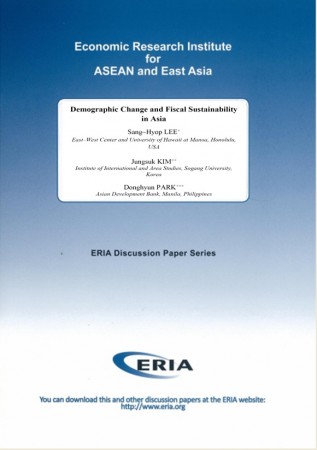 Changes in the population age structure can have a significant effect on fiscal sustainability since they can affect both government revenue and expenditure. For example, population ageing will increase expenditure on the elderly while reducing potential growth and hence revenue. In this paper, we project government revenue, expenditure, and fiscal balance in developing Asia up to 2050. Using a simple stylised model and the National Transfer Accounts (NTA) data set, we simulate the effect of both demographic changes and economic growth. Rapidly ageing countries like the Republic of Korea, Japan, and Taiwan, are likely to suffer a tangible deterioration of fiscal sustainability under their current tax and expenditure system. On the other hand, rapid economic growth can improve fiscal health in poorer countries with relatively young populations and still growing working-age populations. Overall, our simulation results indicate that Asia's population ageing will adversely affect its fiscal sustainability, pointing to a need for Asian countries to further examine the impact of demographic shifts on their fiscal health.