Finance and Macroeconomy, Labour and Migration, Regulation and Governance 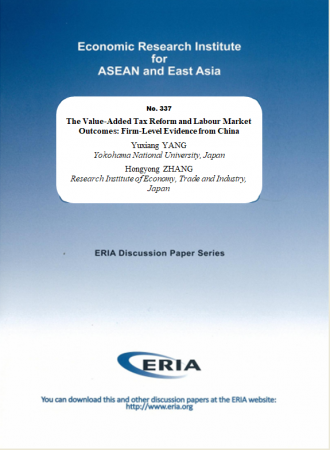 The tax incentives designed to stimulate firm investment may have a large impact on labour market outcomes. Using a comprehensive data set containing more than 1 million Chinese manufacturing firms during the period 2000–2013 with a difference-in-difference approach, we examine the impact of the value-added tax reform in 2004–2008 on the firm-level labour market outcomes. We find that firms in eligible industries and regions (treated firms) enjoying lower costs of purchasing fixed assets under the reform tended to increase capital investment and reduce employment relative to firms that did not have tax incentives (the control firms). Compared with the control firms, the treated firms became more capital intensive and had an increase in average wage but a decline in labour income share. We also provide evidence that the substitutions of labour input by capital input is associated with increases in firm productivity and the share of skilled workers, but not imported capital goods.

Finance and Macroeconomy, Labour and Migration, Regulation and Governance