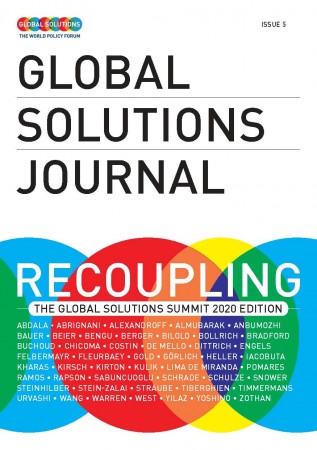 Placing both advanced and developing countries on a low-carbon path requires an unprecedented shift in private investments and new financing models. The financial sector will have to play a central role in this low-carbon transformation while avoiding destabilizing effects on economic systems. Central banks and other financial institutions are ready to use their extensive knowledge in lending, investment, and smart advisory services to achieve the low-carbon targets expressed in the Paris Agreement. With support from central banks, commercial and national development banks can offer diverse financing products with maximum impact and appropriate risk management.

Despite increased calls to reduce global carbon emissions in light of climate change, energy-related carbon dioxide emissions worldwide rose 1.7% last year, hitting a record high (IEA, 2018). It is the fastest rate of growth since 2013. While emissions declined in Europe, they were up in big G20 economies like the US, China, and India (Fig 1). Coal, especially in Asia, played a significant role in the increase. At the same time, it is worth noting that according to 2017 data, the US still produces twice as much as carbon dioxide per capita as China and nearly nine times as much as India, highlighting the increased environmental impact of higher standards of living. All of this means the Paris Climate Agreement’s goal of limiting the global temperature increase to 1.5 degrees Celsius could be a pipe dream if energy investments worldwide do not change.

The economy-wide changes needed to attain a low-carbon future are enormous: a massive reallocation of capital is needed, which presents unprecedented risks and opportunities to the financial system. The International Energy Agency estimates that a low-carbon transition could require $3.5 trillion in energy sector investments every year for decades – twice the current rate. Under the agency’s scenario, in order for carbon emissions to stabilize by 2050, nearly 95% of the electricity supply must be low carbon, 70% of new cars must be electric, and the carbon-dioxide intensity of the building sector must fall by 80%. For markets to anticipate and smooth the transition to a low-carbon world, they need information, proper risk management, and coherent, credible public-policy frameworks. That could be strengthened by central banks and monetary authorities.