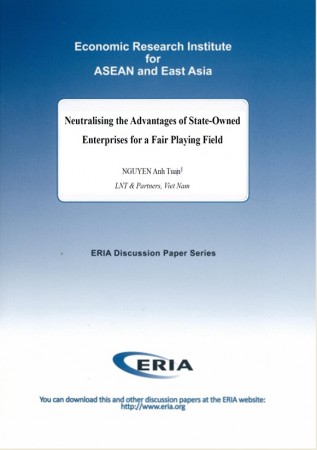 Despite Vietnamese competition authorities' attempts to control state monopolies in domestic markets during the last 10 year of establishment, this appears to be the key challenge of Vietnamese competition regime. In the process of transitioning from a centrally planned economy to a market economy, the State-owned enterprises (SOEs) sector is perceived as a means to ensure the socialist orientation of the economy as well as preserve national economic goals. For these purposes, SOEs have been offered several advantages ranging from tangible incentives to latent conveniences over the privately owned enterprises. In this context, competition laws and policies should be able to neutralise the advantages of SOEs to level the playing field or else it would be used a shield to protect SOEs from their private rivals.

This paper looks into the issues with the SOE sector in the context of Viet Nam's political economy and identifies the factors inhibiting the country's effort to control State monopolies in the last 10 years of competition law enforcement. It provides commentaries on the implementation of competition laws and policies in Viet Nam from the perspective of economic integration, particularly the on-going negotiation Trans-Pacific Partnership.