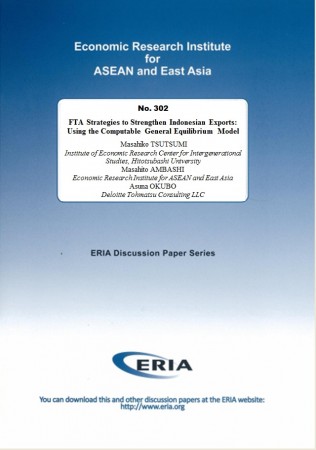 We derive the following implications from the exercise. First, amongst the three key sectors or commodities, TextWapp generates the largest spillover effects in the economy, as it uses more intermediary inputs. By contrast, although Indonesia has a comparative advantage in VegOil, that sector does not create large spillover effects in the economy. Second, amongst the three trading partners, it would be best to liberalise trade barriers further with the EU28 and India since India would bring gains to Indonesia by correcting a large price distortion in VegOil, while the EU28 would do so through TextWapp as well as VegOil. Since the initial trade volume of the GCC with Indonesia is not large, we might underestimate gains from trade with that region. Finally, the economic merits of abolishing tariffs are generated primarily through improvement of resource allocation in the affected countries. Improved resource allocation generates additional income, which increases imports. Without these income effects, Indonesia can only increase its exports via substitution effects.