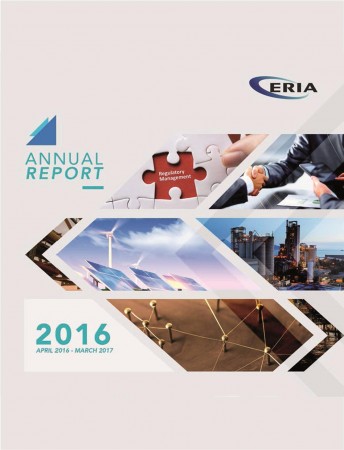 Fiscal year (FY) 2016 was a challenging year for ERIA as it needed to help chart the future direction of ASEAN and East Asia after the establishment of the ASEAN Economic Community (AEC) in 2015. Looking back at the deliverables of this fiscal year reveals that ERIA expanded its field of activities and helped chart the new direction of ASEAN Community 2025. In March 2016, ERIA successfully held its first Extraordinary Governing Board Meeting in Tokyo, Japan. The meeting emphasised the need for ERIA to regularly review its policy focus centring on (i) deepening East Asian integration, (ii) realising an inclusive ASEAN Community, and (iii) addressing issues extending beyond the region, such as innovation. ERIA will continue to conduct activities with the cooperation of member countries.

We have also paid successful courtesy calls to the Deputy Prime Minister and the Prime Minister of Japan and explained the plan of reform starting in March 2016. Then in June, during the Ninth Governing Board Meeting in Jakarta, the Governors discussed the future strategy of ERIA to support the economic integration of this region. They unanimously decided to create a new department – named ‘Policy Design Department’ – to propose actionable policy recommendations for each member state. Tan Sri Dr Rebecca Fatima Sta. Maria, former secretary general of the Ministry of International Trade and Industry, Malaysia, accepted ERIA’s invitation to head this new department. Under her initiative, ERIA strongly committed to the negotiations on the Regional Comprehensive Economic Partnership (RCEP), held in Jakarta and Kobe, and provided inputs directly to the negotiators of each ASEAN Member State. In research, ERIA and UNCTAD (United Nations Conference on Trade and Development), with the cooperation of government officials and experts of each country in the region, completed the comprehensive database of non-tariff measures (NTMs) in ASEAN. Everyone can freely access our website (http://asean.i-tip.org/Default.aspx) where about 6,000 NTMs are listed. Even though tariff rates have decreased in this region, NTMs may obstruct trade liberalisation. This database ensures transparency for traders inside and outside of this region.

Another flagship project was the Lao PDR at the Crossroads: Industrial Development Strategies 2016–2030, which was the major deliverable of the Lao PDR chairmanship of ASEAN and East Asia Summit in 2016. The key report on this project, which ERIA proposed to the leaders at the Mekong–Japan Summit on September 2016 in Vientiane, provided two important messages: labour productivity and connectivity. The labour productivity of the agriculture sector is less than half compared with that of other industry sectors. Thus, if agriculture productivity improves at the same level as others, many members of the labour force can move to other industrial sectors. The other message is connectivity. Lao PDR, located at the centre of the Mekong region, should take advantage of its ‘landlocked’ position by being ‘land-linked, like Switzerland, to facilitate ASEAN connectivity.

ERIA’s activities significantly started to expand not only in AEC but also in the ASEAN Socio-Cultural Community (ASCC) and ASEAN Political-Security Community (APSC). On the ASCC, ERIA started to research on the health care and care industry to build the social safety management system in ASEAN. Another important field is disaster risk management. ERIA – in cooperation with the Organisation for Economic Co-operation and Development (OECD), United Nations Office for Disaster Risk Reduction (UNISDR), United Nations Economic and Social Commission for Asia and the Pacific (ESCAP), and the Government of Indonesia – held a big symposium on ‘World Tsunami Awareness Day’. This provided an overview on the outcomes of relevant events in 2016 to enhance awareness of tsunami disaster in the region.

On the APSC, ERIA’s good relations with the ASEAN Inter-Parliamentary Association (AIPA) started when ERIA, upon AIPA’s invitation, attended the AIPA General Assembly in Nay Pyi Taw, Myanmar, in September. ERIA proposed to strengthen relations with AIPA, which
were sealed with the approval of the ‘Memorandum of Understanding to Develop AIPA’s Capacity on Matters Concerning ASEAN Economic Community and ASEAN Economic Integration in Various Areas’. So far, ERIA has built a good channel to recommend policies directly to the members of parliament of ASEAN Member States.

ERIA’s reach has also expanded globally in FY2016. In July, ERIA was formally invited to the Asia-Europe Meeting (ASEM 11) Summit in Ulaanbaatar, Mongolia. ERIA and the Government of Mongolia presented at the 15th Asia-Europe Business Forum – a side event
of the ASEM Summit – the ‘Asia-Europe Connectivity Vision 2025’ that highlighted the importance of connectivity to cope with global catastrophic crisis. ERIA, during the Stakeholders’ Session of the ASEM Summit Plenary attended by 53 Leaders and heads of  international organisations, presented its observations on the world economy after Britain’s exit from the European Union. On the energy stream, ERIA was invited to the 15th International Energy Forum in Algiers, Algeria in September to introduce our energy outlook on the ASEAN and the East Asia Summit regions. ERIA also presented at the 4th IEF-IGU (International Gas Union) Ministerial Meeting in Delhi, India on the natural gas market in East Asia. Through this, energy-related activities have been significantly spread out and the functions of the International Energy Agency gradually carried out in East Asia. ERIA’s efforts in 2016 did not go unnoticed, with regional leaders commending ERIA’s continuous support through the Chairman’s statements of various ASEAN and East Asian summits. At the 11th East Asia Summit, the Leaders encouraged ERIA to continue its support to the Chair of the ASEAN and East Asia Summits. ERIA, in the ‘Vientiane Declaration on Promoting Infrastructure Development Cooperation in East Asia’, was also recognised as a strategic partner in promoting quality infrastructure investment in the region. Our key project, Comprehensive Asia Development Plan (CADP) 2.0, was also mentioned in this ‘Declaration’ and was referred to in the new Master Plan on ASEAN Connectivity 2025. This is by increasing technical assistance, utilising existing funds, and providing training programmes for professionals in infrastructure and connectivity-related sectors.

In January 2017, the Global Think Tank Report 2016 ranked ERIA as number 32 among the top 85 international economic think tanks. This confirms that ERIA’s research has been highly valued globally. Whereas we are proud of these achievements in 2016, we will not rest on our laurels. We in ERIA continue to be prepared to face and wrestle with challenges in the years ahead. This as we work harder towards deeper ASEAN economic integration and economic development in East Asia.

Message from the President

Annex A: Governing Board Members