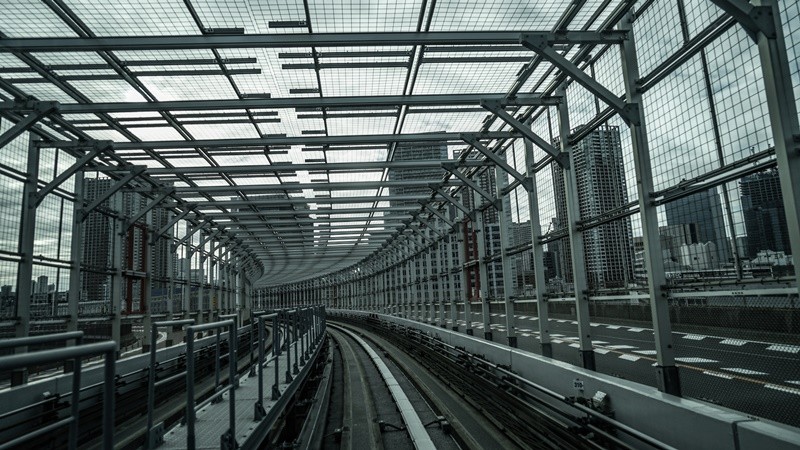 By Mr Kavi Chongkittavorn, Senior Communications Advisor: It was immediately obvious before last week's vote in Japan's parliament that the ruling Liberal Democratic Party wanted to maintain former prime minister Shinzo Abe's legacy. So in came the new prime minister, Yoshihide Suga, who has been standing by Mr Abe's side throughout the political rollercoaster ride that has been the past few decades.

As the leader of the world's third-largest economy, Mr Suga isn't wasting any time filling Mr Abe's shoes. It would be wise of him to build on his predecessor's policies and programmes -- especially the so-called 'Abenomics' -- and judging from his new cabinet line-up and policy announcements over the past week, it doesn't seem he has any intention to rock the boat.

But there are two areas in which Mr Suga might want make a difference by adding his own tweaks -- regulatory reform and speeding up digitisation amid the Covid-19 pandemic. With a humble upbringing to his credit, he wants the Japanese people to trust him and his government's ability to protect them during times of crisis and peace.

So far, Mr Suga hasn't said much about Japan's foreign relations. Not that he needs to, as Mr Abe has laid down strong foundations to guide Japan's diplomatic relations with the rest of the world. Indeed, no other Japanese prime minister has succeeded in embedding their personal convictions in the design and execution of the country's foreign policy as Mr Abe has. For the past seven years and eight months, Japan has been able to assert itself as a major power whose norms, standards, and governance model are recognised by the international community.

Internationally, Mr Abe will be remembered for daring to break with tradition and long-held practice. He strengthened Japan's defense capacity, going as far as trying to make Japan a normal country with regular armed forces. It remains to be seen whether Mr Suga will have the same passion to carry out this nearly impossible task by amending the nation's pacifist constitution.

Mr Abe is also widely known as a major supporter of multilateralism and regionalism. After the United States pulled out of the Trans-Pacific Partnership in 2017, it was Mr Abe who led the remaining 11 countries to form an alternative pact, which is now known as the Comprehensive and Progressive Trans-Pacific Partnership. (If the US elects a different president in November, it will certainly rejoin the trade bloc.) Under Mr Abe, Japan also strongly supported the world's biggest free-trade pact, namely the Asean-led Regional Comprehensive Economic Partnership.

Japan's role in ASEAN has been consistent and commendable, as evidenced by Mr Abe's policies to promote peace, security, and economic prosperity in the region. Unlike other Indo-Pacific strategies, Tokyo's Free and Open Indo-Pacific vision encompasses all aspects of development cooperation and assistance, a culmination of over four decades of experience as a donor country. Japan has for years also been able to increase the strategic space for Asean to engage both the US and China without tilting to either power. However, of late the US has pressured Japan to take a stronger position vis-à-vis China, causing an imbalance in its usual diplomatic pragmatism.

With Mr Suga at the helm, Japan has the chance to change the dynamics of ties with India, China, and South Korea, which are three key Asian powerhouses. In the case of India, Tokyo has been the most helpful. It has quickly plugged the loopholes to ensure the inclusion of the world's largest democracy in the global value chain, thus increasing New Delhi's logistical resilience. For instance, Japan, together with Australia, initiated a regional supply chain that links up with India, which pulled out from the RCEP. With him as PM, Japan looks set to continue forging closer ties with India in all dimensions.

As a new leader, Mr Suga could ride on the current momentum to take up new initiatives with Japan's two neighbours to its west which could restore the region's power equilibrium. It is a win-win situation. Both Beijing and Seoul await positive signals to improve bilateral ties with Tokyo as over the past two years, the trio has suffered immensely as their economic relations have deteriorated and impinged on other sensitive areas of cooperation. Chinese President Xi Jinping has yet to make another visit to Japan, as tensions between both countries have yet to ease. Meanwhile, as key US allies in the region, Japan and South Korea need to normalise their security cooperation, and restore strategic trust and intelligence sharing. Extraordinary political ability by their leaders is required to overcome such impasses.

One of the hottest issues that will test Mr Suga's foreign policy and political acumen is the US plan to establish a Nato-like military alliance in the Indo-Pacific region -- along with Japan, India, and Australia -- in order to counter China's rising challenge. US Deputy Secretary of State Stephen Biegun minced no words when he reiterated that the US wants to see the so-called Quad group up and running with the hope that other countries will later join, saying the Indo-Pacific region lacks strong multilateral security structures. Truth be told, what Washington really wants is to create a "security wall" around China as soon as possible. Unfortunately, the scheme does not sit well with regional aspirations.

For nearly a decade, Japan has been intensifying its defense and security cooperation with the US. Japan has pursued this pathway for two reasons. First of all, Japan is obliged to assist the US in shouldering the responsibility for regional security. With the perceived decline of US power, Tokyo has been accelerating its defense cooperation with all countries in the region, because security engagement with Japan is linked to the US global security strategy.

Secondly, Japan realises that it needs to diversify its security foundations beyond the US. Under the Abe administration, this has been the most visible feature of Japan's strategic policy towards the region. For instance, Japan has increased its foreign assistance and promoted maritime security cooperation and capacity-training for Asean members, especially Vietnam and the Philippines. In the 1980s, such cooperation would have immediately drawn criticism from maritime nations.

For now, Japan's defence posture and diplomacy are geared towards fulfilling the US global strategic framework. So far, Japan has managed to walk the tightrope without invoking bad memories of its past military adventurism. If Mr Suga responds positively to Washington's idea of a new military bloc for whatever reason, it will have long-term negative ramifications for Tokyo's regional role. ASEAN would rather have Japan as a peace-maker rather than as a peace-breaker. In fact, Japan should utilise its widely accepted vision for the Indo-Pacific, as it can readily be synergised with the Asean Outlook on the Indo-Pacific without difficulty due to extensive areas for possible cooperation.

A new military alliance across the Indo-Pacific will certainly increase tensions and at the same time destabilise Southeast Asia as a whole. The region overcame this dilemma when ASEAN was founded in 1967, transforming the region into a neutral catalyst for peace. At the moment, ASEAN-led mechanisms, such as the ASEAN Regional Forum (ARF), East Asia Summit and Asean Defence Ministerial Meeting, despite the long process of trust-building, have served the region well. Tokyo must continue to engage with ASEAN in shaping the regional architecture as it did so enthusiastically in the early 1990s with the ARF. This could easily be one of Mr Suga's legacies.

In more ways than one, Japan is moving towards 'Abe 2.0'. As far as its role in the region is concerned, Japan is at a crossroads. The new prime minister has a choice to make -- Japan can continue to take up supplementary security and economic roles as agreed with the US, or pursue its own proactive plan to contribute to peace and economic prosperity in the region that it has shaped and influenced for the past four decades.