US plans for Indo-Pacific 'misguided' 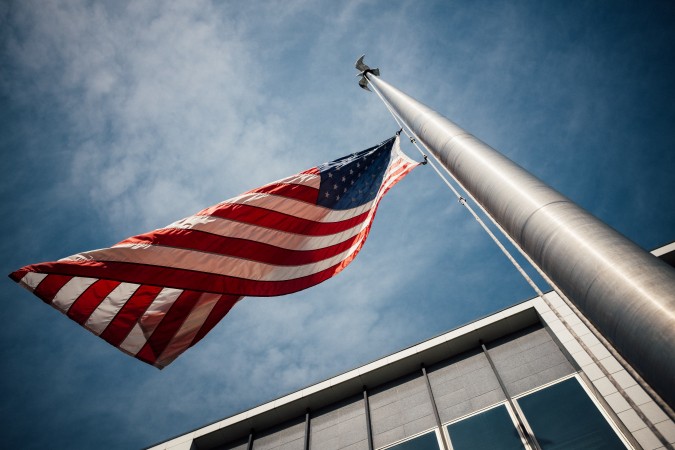 By Mr Kavi Chongkittavorn, Senior Communications Advisor: To ensure a free, open, prosperous, and secure world, the United States must be the winner in the race for global supremacy. For the US, the biggest challenge now is to compete with China, while at the same time containing Russia. That was the key message of the US' national security strategy, which was released last Wednesday, at a time when the US no longer has the same agency to tackle the myriad of challenges it faces around the globe the way it used to.

In the good old days following the end of World War II, the US called the shots on almost everything, dictating the rules on economic policies and security matters that eventually became the norm followed by the international community. Now, the global security landscape is not quite the same. The US no longer commands the respect of other nations the way it used to, nor does it have the power that it once had. This is reflected in Washington's latest security strategy, which sees the US adjusting its posture to the changed geopolitical situation, especially in the Indo-Pacific region.

In the past seven decades, no country could challenge the US' superiority in any area, allowing it to take the lead without any difficulty. Its sheer power meant any country which refused to follow the US lead would only meet a certain demise. But lately, American policymakers are becoming concerned as both the US' allies and foes are increasingly coordinating their actions to voice their disapproval of Washington's actions.

A case in point was Saudi Arabia's recent outright refusal to temporarily halt its oil production output to help rein in prices. In the past, Washington wouldn't have had any problems convincing the world's biggest oil exporter to bow to its wishes, but attitudes certainly have changed. Some Congress leaders have threatened to reprimand Riyadh by slashing its arms exports deal, but at this point, regardless of what the US plans to do, Saudi Arabia's decision will resonate badly for the US on the global stage.

After World War II, the international community owed much to American leadership and its contributions to securing peace, stability, and prosperity. While the US remains a major global power, it must be able to win the hearts and minds of the international community. It has to be able to distinguish between friends and foes, and acknowledge the fact that its allies are at different stages of economic and political development.

It was thus unfortunate that the Biden administration decided to use democracy as the starting point for the fresh US bid to shape the future world.

Washington believes that a democracy has the inherent capacity to course-correct, which in turn facilitates progress and improves overall resilience. That was true to a certain extent, but recent events in the US -- particularly in the past five years -- have shown how democracy can be extremely problematic, especially in light of the ongoing investigation into the Jan 6 Capitol riots.

The quality of the discourse peddled by the Democrats and Republicans, and blind loyalty to their respective causes have sent shockwaves around the world. The comments coming out of American lawmakers' mouths about their own electoral processes are making their authoritarian counterparts look rather virtuous in comparison. An unfair comparison, perhaps, as they won't have to continuously lie about the outcome of the election the way former US president Donald Trump and his followers have done.

On a positive note, the Biden administration's national security strategy is certainly more comprehensive than the interim strategy that was released in March last year, which notably upset its allies, including Thailand.

The present form retains the same substance and arguments -- Washington will continue to assign importance to the Indo-Pacific region, where it needs cooperation from allies and partners to rein China's influence in the region.

The strategy reads: 'The terms of geopolitical competition between major powers will be set. The window of opportunity to deal with shared threats, like climate change, will narrow drastically. The actions we take now will shape whether this period is known as an age of conflict and discord or the beginning of a more stable and prosperous future.'

It further adds that the post-Cold War era is definitely over and that competition between major powers is underway to shape what comes next, even as people globally struggle to cope with the effects of shared challenges -- be it the climate, food insecurity, disease, terrorism, energy, or inflation.

Under the strategy, the US will invest in ways to boost American power and influence, build up a coalition of allies to tackle common challenges such as climate change and modern warfare, as well as set up rules and regulations for trade, economic and new technologies. These are great ideas if they can be implemented in time, but countries in the region are all too aware of how difficult it is to meet the US' criteria for such projects. Other East Asian partners are more forthcoming than the US.

Washington's strategy identifies China as the only power with the intent and capability to reshape the international order. So, according to the Americans, the US must win over China by all means necessary. Never mind Russia -- with the ongoing war in Ukraine, its economic and military strength are severely weakened. It will take a long time before Russia could pose a credible threat to the US or Europe.

The US security mindset is quite simple: 'I win, you lose'. China often stresses the so-called 'win-win' formula as the preferred model for cooperation. But the US and China cannot both be winners.

In the past few months, Beijing has expounded 'shared prosperity' as a novel social goal. To compete with China in the Indo-Pacific region, the US will face an uphill task because China has long embedded itself in the region in many areas of cooperation. Of course, some countries have stronger economic, cultural, and security ties with the US than others, that said, all have ties with China. The US strategy is very clear, stating that Beijing has 'ambitions to create an enhanced sphere of influence in the Indo-Pacific and to become the world's leading power'.

The appropriate way for the US to engage with China is not to gang up with its friends against the region's most important trading partner. Washington wrongly assumed that this would be an effective way to suppress China's growth and influence in the region -- a by-product of Cold War thinking. It would serve the US and the region's strategic interests if Washington could strengthen its Indo-Pacific allies so they could engage in a more equal manner with China. Beijing would also welcome such a partnership.

Most countries in the region have extensive ties with China, so any disruption to their bilateral dealings will have serious long-term negative effects on their economies as well as their people. Therefore, it is better for the US to focus on capacity building and human resource development, through projects which are tailored to each country's needs. Once their people have a better standard of living and greater aspirations, they would want to live in a free and open society.

Therefore, it is safe to say that the US should let its allies in the Indo-Pacific to draw up their plans for the region at their own comfortable pace without any prejudice. A locally-oriented strategy will certainly be more effective.

Like it or not, Thailand, although it was mentioned only once in the document, is part and parcel of the US strategy in the Indo-Pacific. As one of the five members of US treaty alliances along with Japan, South Korea, the Philippines and Australia, Thailand will eventually have to contribute to building up collective security and capacity in the region as outlined in the strategy.

This opinion piece was written by ERIA's Senior Communications Advisor, Mr Kavi Chongkittavorn, and has been published in The Bangkok Post. Click here to subscribe to the monthly newsletter.