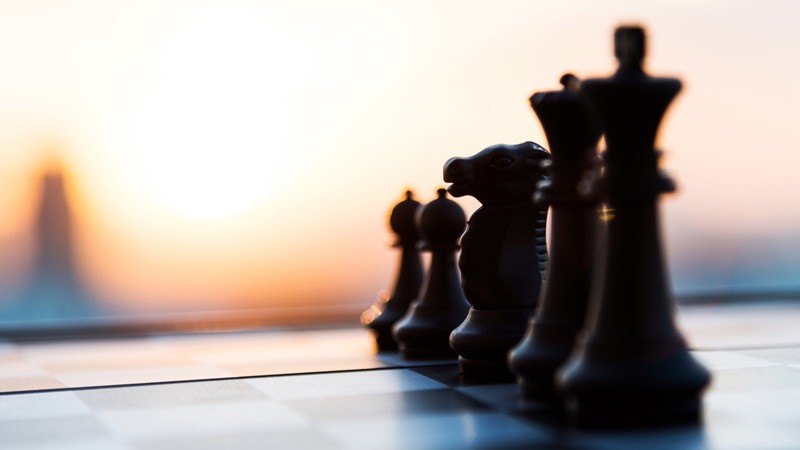 By Mr Kavi Chongkittavorn, Senior Communications Advisor:  From now on, Asean-US relations will no longer be on 'auto-pilot' mode as has been the case for the past six years. The total scheduled 10-and-a-half hours of quality time last week that ASEAN leaders spent in Washington DC chatting, lunching, and dining with all key players in American politics were fruitful. The eight-page joint vision statement was a testimony to their common determination and the staying power of Asean-US relations, now celebrating 45 years. Indeed, ASEAN centrality has been further strengthened.

More importantly, President Joe Biden is now in charge of one of the most important bilateral relationships for the region. It is not an overstatement to say that it is up to Mr Biden how he wants to shape the trajectory of ASEAN-US ties. He told Asean leaders at the end of their meeting that "a great deal of the history of our world in the next 50 years is going to be written in Asean countries". He was spot-on.

Mr Biden has already shown to Asean leaders that he means business and is willing to go the extra mile to recalibrate ties despite the pressing domestic crisis and ongoing Russia-Ukraine war on which his administration has to focus. Earlier, following negotiations about schedules, some ASEAN members gave up on plans for the summit. Last week, he and Vice President Kamala Harris left a positive impression on them and confirmed they can work together. Behind the presidential endorsement, there are other several attributes that will sharpen these ties.

First of all, Mr Biden is letting his trusted aide, Yohannes Abraham, engage ASEAN. He even joked with Asean leaders that he had to think hard about this as Mr Abraham knows too much about him. That was a good move. ASEAN is a top-down organisation. Having someone the American president can listen to and translate what he says into action will be the new modus operandi given the current great powers' competition. Quite often, the American reaction in the region is sluggish.

Furthermore, one important area is the maritime domain to which both sides are giving top priority. The new funding of US$150 million is a pittance but it shows that Washington wants to chip in for regional efforts to promote maritime security to help fight illegal fishing and other crimes on the high seas. These are prerequisites for making sure that the sea lanes of communication are safe and sound. Improving human capacity in overseeing the security, safety and health of the South China Sea is a good initiative. It will bolster cooperation, not confrontation among conflicting claimants in a joint effort to make it into a sea of peace and prosperity.

Regarding the relationship between the US Free and Open Indo-Pacific Strategy (FOIP) and Asean Outlook on the Indo-Pacific (AOIP), Washington has realised that the AOIP will complement and strengthen the American Indo-Pacific plan. After several revisions since November 2017 to fit in with so-called regional conditions and resilience, the FOIP has gained more backing from Asean members. Remaining Indo-Pacific strategies initiated by India, Japan, France and the EU are useful to further promote trust and cooperation with ASEAN.

The AOIP's operationalisation has been delayed for two years due to the pandemic. Now, ASEAN is eager to proceed at full steam. ASEAN has already prioritised four areas of cooperation -- maritime cooperation, connectivity, sustainable development, and economic and other areas of cooperation. At the upcoming Asean summit in November, the leaders will finalise the AOIP action plans.

All Asean-led mechanisms such as ASEAN Plus Three, the East Asia Summit, the Asean Regional Forum, and the ADMM-Plus will be put to good use in synergising and streamlining areas of cooperation across various Indo-Pacific frameworks. Asean will focus on the environment, energy, education and global health issues as top priorities. Then, there will be a lead driver designated for chosen areas or projects to manage and monitor the progress. In Washington, both sides discussed more joint efforts to synergise the two frameworks. Other countries can also join as both sides have pledged inclusivity.

Most importantly, the people-to-people connectivity that the US has with ASEAN has been most impressive and successful due to the huge network among youngsters in ASEAN. It is interesting to note that the US no longer uses people-to-people exchange but prefers people-to-people connectivity. Of all the bilateral programmes that Asean has with major dialogue partners on this program, the Young Southeast Asia Leadership Initiatives (YSEALI), which was launched under the Obama administration, remains the US signature project to promote young leadership and their capacities.

Currently, most of the ASEAN decisions are now being made in Jakarta. In recent years, the Committee of Permanent Representatives (CPR) has been active and has assumed more or less the role of senior officials in their capitals in vetting key issues related to ASEAN and its external dialogue partners. With the new sprawling complex, the secretariat is now the seat of power of ASEAN. As the first country to appoint a residential envoy to ASEAN, the US will be able to know whenever new challenges or issues arise. Other dialogue partners with their envoys in place have direct access to Asean thinkers.

With Mr Abraham in Jakarta, he can feel the pulse in the region and in an instant reach Mr Biden's ears. The Biden administration has realised the value of a free and independent Asean as the bloc is hosting three important summits -- Asean, G20 and Apec 2022. The Office of National Security Council has learned first-hand that when talking or negotiating with Asean and despite different views, Washington is dealing with a collective voice.

Although Indonesia is the coordinating country for Asean-US ties, Jakarta will only agree when the members reach a consensus. Kudos must go to Indonesia for pressing Asean positions in the joint vision statement. After several revisions over the past three months, the ASEAN foreign ministers put the final stamp on it with little to add for the leaders just slightly ahead of their meetings.

Finally, if there is any place in the world that can help China and the US to improve their relations, it will be at ASEAN-related forums. The grouping has no enemies, only goodwill. As the late Dr Surin Pitsuwan would often reiterate, ASEAN is the fulcrum for all powers to exchange views and make peace. As it is, ASEAN is one less problem the world has to deal with. This year the US has ample opportunity to take advantage of these unique opportunities in ASEAN to build up friendly support and turn enemies into friends as the grouping has done and achieved throughout its 54 years of existence. The question is: Does America want to do that?