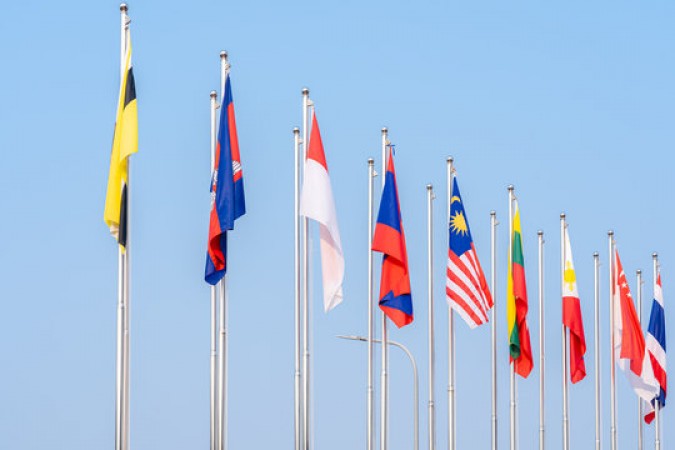 By Mr Kavi Chongkittavorn, Senior Communications Advisor: Lest we forgot, President Mikhail Gorbachev was the Soviet leader who was the game changer in bringing an end to the Cambodian conflict. Southeast Asia owes him for giving peace a chance during the most turbulent time in this part of the world. The global media has widely credited him for ending the Cold War, opening up and giving more freedom in the Soviet Union, which was unfortunate as it also brought down the empire and led to the establishment of newly independent states.

During the 1980s, news about the Soviet Union often dominated the front pages of regional papers, mainly about the threats posed by communism. At the time, Moscow's relations with Indochina countries (Vietnam, Cambodia, Laos) were very tight-knit both in economic and security terms. The Cold War was fiercely fought and contested in the Southeast Asian theatre. Words and moves from Moscow in relation to Southeast Asia impacted the general situation in all areas.

Then the wind of change came. When Soviet Foreign Minister Eduard Shevardnadze set foot for the first time in Bangkok in March 1987, the Thai authorities were very excited by his presence. They knew that there would be some dramatic policy shifts in the internecine Cambodian conflict. The veteran politician from Georgia told the local media during his stopover in Bangkok that the Soviet Union was winding down its role in Indochina. At the same time, Moscow also announced it would also gradually pull out of Afghanistan. It was extraordinary news for the Thai public as well as Asean as a whole that one of the world's superpowers was reducing its assistance to recipients in Indochina. It would take almost two years before Gorbachev's message sunk in and it would go on to gradually kick off the peace process among all concerned parties with mediation from France and Australia.

After taking power in the Soviet Union in 1985, it was clear that Gorbachev was a different kind of leader, one who wanted to create a new image and profile for his country. He was considered a do-gooder. As such, he also pursued a rapprochement policy to improve Soviet-US ties as the two countries were armed with thousands of nuclear warheads. Together, the two superpowers were able to reduce the threat of mutual destruction. In retrospect, his glasnost and perestroika policies had positive impacts on liberalising communist countries throughout the world, including those in Indochina.

Obviously, the most notable impact was in Europe, which allowed the divided continent to become whole again. The fall of Berlin Wall, which exemplified the end of the Cold War, was one of his legacies. Closer to home, Gorbachev also created a conducive atmosphere for all conflicting parties in the 13-year-old civil war in Cambodia to negotiate with each other for peace.

For this young Thai journalist, who was invited to Vladivostok on July 26, 1986 to report on Gorbachev's major foreign policy speech, it was a memorable moment as the city had long been a forbidden place. It took two days, crossing 11 time zones back and forth, to fly from Bangkok to Vladivostok via Moscow. (Today, one can take a six-and-a-half-hour direct flight between the two cities.) It was clear Gorbachev wanted to promote ties with Asian countries as the Soviet Union was considered both a European and Asian power.

For the Soviet Union, it was an unusual event to have members of the international media converge on this port city, which served as the naval base for the Soviet Pacific Fleet. Before Gorbachev made his speech, discussions among the media were focused on the so-called Soviet charm offensive. Obviously, they did so with lots of scepticism. For the five-member Asean and especially Thailand, there was a deep-seated mistrust of the Soviet Union because they were fighting Moscow's key allies both in the region and on the international stages including the UN.

But after his speech was widely published and scrutinised, it was clear Moscow was indeed changing. In addressing the challenges in Southeast Asia, Gorbachev reiterated: "In our opinion, there are no insurmountable obstacles in the way of establishing mutually acceptable relations between the countries of Indochina and Asean. Given goodwill and on the condition of non-intervention from outside, they could solve their problems which would benefit the cause of security in Asia."

That much was clear. At that time, nobody would have ever imagined that the Vladivostok speech would create a conducive atmosphere for a new Southeast Asia, which finally laid the foundation for all ten countries of Southeast Asia to coexist and cooperate together, as the founding fathers of Asean in 1967 had envisaged. More than the Western world would like to admit, Gorbachev had ended the region's East and West divide in Southeast Asia. As Asean, it has now become a beacon of peace and prosperity. Given the current major war in Europe, Asean remains a safe place place for all great powers to engage with one another, if they so decide.