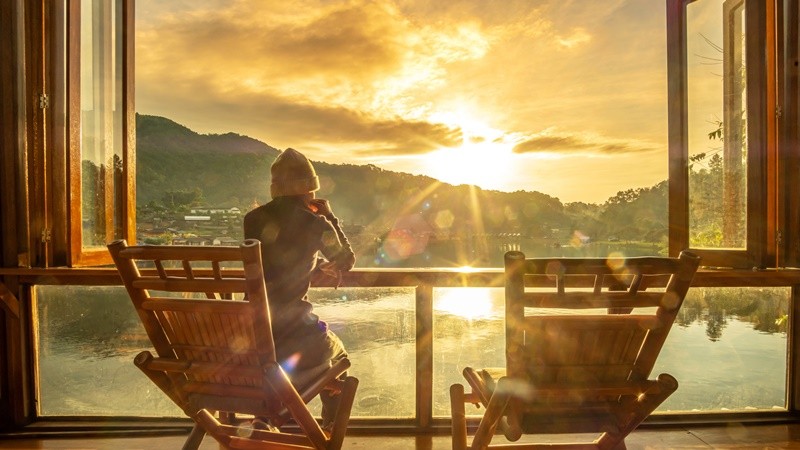 By Mr Kavi Chongkittavorn, Senior Communications Advisor:  After 32 years of frosty relations, the dramatic normalisation of Thai-Saudi diplomatic relations have far-reaching implications for both countries' diplomatic pathways in the world's most volatile region.

Over the past three decades, Thailand's overall relations with the Middle East have been inhibited by the absence of diplomatic relations and cooperation with Saudi Arabia, one of the largest and most powerful Arab countries. Riyadh is also a member of the G20 and the Organization of Petroleum Exporting Countries (Opec).

The decision to mend the Thai-Saudi relationship was taken as both countries realised that further delay would have far and wide negative impacts.

During tumultuous years in the Middle East, with Saudi Arabia being embroiled in regional rivals and infra-Arab conflict, Thailand has been missing in action.

While Thailand did not have any role, due to its geographical location, it was used by mainly the US in its Middle East policy as a staging ground for its broader strategic purposes.

In retrospect, the lack of communication between Thailand and Saudi Arabia complicated numerous investigations and operations, especially those linked to the Sept 11 terrorist attacks that involved Saudi operators who visited Thailand. It is well-known fact that Thailand has been used as a stopover for would-be suicide bombers. It's an open secret that the Land of Smiles has been home to numerous terror cells with many plots hatched here.

Since 9/11, Thailand has been considered a second front for the United States' anti-terrorism campaign. But Washington's efforts to persuade Thailand to join a global coalition against terrorism were met with a lukewarm response due to the delicate situation in southern Thailand.

Nevertheless, Bangkok has taken part in anti-terrorism operations indirectly by offering secret detention for captured terrorist suspects. The most dramatic development occurred in August 2003, when Hambali, the chief of al-Qaeda in Asia, was captured in Ayutthaya.

Even without any official ties with Saudi Arabia, Thailand has been fortunate in being friends with other Arab nations, especially those belonging to the Gulf Cooperation Council, North African-Arab countries and no-Arab Iran.

But Thailand has always been careful, with an example being Bangkok not choosing sides when Bahrain, Saudi Arabia, the United Arab Emirates and Egypt severed ties with Qatar, straining relationships that have since been patched up.

A fitting analogy of current Thai-Saudi ties would amount to Rip Van Winkle waking. After a long sleep, both countries will wake to find both regions drastically changed. Inside the Middle East, there is a new alignment among Arab countries and their strategic landscape. The US and China rivalries have now permeated and impacted their intra-Arab relationships in the most incredible ways.

Meanwhile, the rest of the world is moving toward the post-pandemic era.

Under the Biden administration, sour relations among US allies and friends are considered liabilities, therefore effort has been made to ensure American friends of all creeds and faith are united as a stable front to buffer against US-identified adversaries. No wonder then that Thai social media and broadcasters have been rattling off conspiracy theories saying the US is the key fixer of the renewed Thai-Saudi relations.

Thai-Saudi ties are pivotal for US regional strategy in Southeast Asia, especially in relation to the Muslim and non-Muslim world. Better ties between leading moderate Muslim and Buddhist countries would help strengthen the US position within regional frameworks. Bangkok and Riyadh can also play constructive roles in their respective regions in maintaining peace, security and humanitarian and development assistance.

The normalisation of ties also comes at the right moment as Riyadh wants to promote its Saudi Vision 2030 plan, which involves economic reform and diversification. Under this, both countries can operate in new areas such as renewable energy, the environment, digital transformation and cybersecurity.

In the past, bilateral ties were focused on health tourism, food security, labour and energy, which are still relevant. The Thai Ministry of Labour reiterated that there would be new employment opportunities for Thai workers.

Given the critical situation in Myanmar and mounting pressure on sanctions over its natural gas industries, Thailand is looking for additional alternative energy sources and Saudi Arabia's energy hub would come in handy. Last month, two energy companies, Total and Chevron, under pressure from the international community, said they would pull out from Myanmar. Thailand's economic performance, which still depends on Myanmar's energy imports, would be jeopardized if Washington applies energy sanctions in the future.

In rejuvenating Thai-Saudi ties, there has been a zeroing in on fostering people-to-people relations and the promotion of interfaith dialogue and multi-culturalism. Furthermore, the two countries have agreed to support each other in international organisations and adherence to a universal rules-based order including respect for territorial integrity and sovereignty, non-interference in internal affairs, and peaceful negotiation.

In particular, normalised Thai-Saudi ties and Riyadh's close ties with Kuala Lumpur will benefit the peace process in the restive southern provinces in Thailand.

It's time for both countries to think outside the box, especially issues related to the peace process in southern Thailand. Both countries should be able to sit down and talk frankly about what they can cooperate on to make southern provinces, areas with large Muslim communities, more peaceful and developed.

It is worth mentioning that Saudi Arabia has been generous with its 'zakat' donations and other forms of financial assistance for Thai Muslims. Local religious schools have benefitted greatly from such contributions.

Both countries are now in the position to exchange views on how to promote more community dialogue and activities, improving mutual transparency and accountability.

In the final analysis, Thailand's Middle East strategy can and will be reshaped to suit the country's interests. Moreover, with warmer ties with Riyadh, Thailand can better avoid being a pawn in the Middle East labyrinth of conflicts played by superpowers.