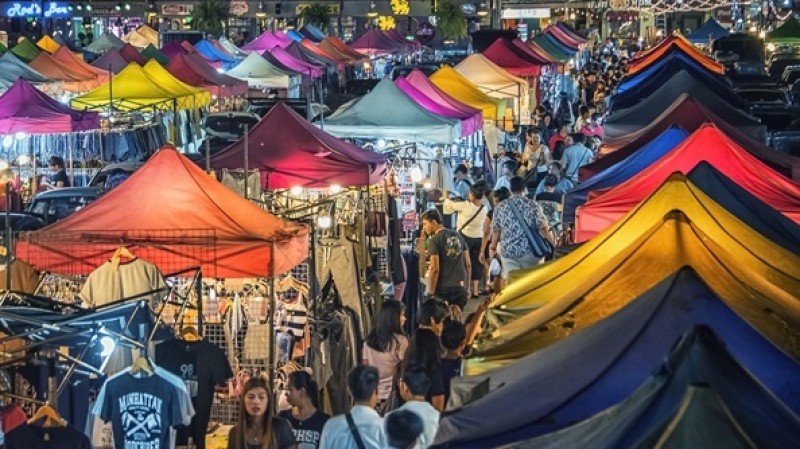 By Mr Kavi Chongkittavorn, Senior Communications Advisor:  Sixteen years after the idea was first broached, Thailand is planning to set up its first ever cultural centre overseas. Culture Minister Ittiphol Khunpluem revealed last week that the centre would be in China. This new move comes at a time when Thai-Chinese relations are in an excellent shape, moving at a fast pace even in the time of the pandemic. Since last year, the Chinese Lunar New Year is now a national holiday.

The Ministry of Culture and Chulalongkorn University's Institute of Thai Studies held a one-day online brainstorming session with stakeholders from China and Thailand last week to jointly figure out what kind of cultural centre would serve the two countries' mutual interests. The session was the first such frank dialogue. It was very interesting to see so many rich ideas on how Thailand should proceed with the plan.

Back in 2005, the two countries signed a memorandum of understanding to set up a cultural centre in their respective countries to promote their culture and friendship. It was a great idea at the time but took several years to take off. China was the first to make a move. In November 2011, China opened its first cultural centre in Asean after years of consultations and searching for the right place, eventually settling on the Ratchada area not far from its embassy. Those who were involved were able to look back and appreciate the cooperation that had made the centre's establishment a reality.

The fact that the proposed centre has been recalibrated by the Ministry of Culture and authorities concerned makes it abundantly clear that the relationship has now reached the highest comfort level. In other words, Thailand now has the agency to reach out to the world's superpowers and promote its culture and other forms of soft power.

Last year, the two countries marked 45 years of diplomatic ties that have been strengthened on a daily basis. Within the Thai establishment at this crucial juncture, there is an urgent feeling that Thailand needs a higher visibility and stronger presence in China beyond its foreign missions, taking advantage of its rising power. Thailand has nine consulates in China including in Hong Kong, the largest in Asean. China has four over here in Chiang Mai, Khon Kaen, Songkhla including an office in Phuket.

China has long maintained and sustained its presence in Thailand in terms of culture and friendship associations. Beside the 10-year-old China Cultural Center and a dozen friendship and media associations, Thailand also hosts a total of 16 Confucius Institutes -- again the largest in Asean. These numbers serve as a barometer of the level of affinity between the two countries and language enthusiasm between their peoples.

Over the past decade, China has also dispatched thousands of language teachers to Thailand. Today approximately 900,000 Thai students are studying Putonghua (Mandarin Chinese) at all levels. Other East Asian languages such as Korean and Japanese are also popular among Thai youth. After Putonghua, Korean has overtaken Japanese as the second most popular Asian language. In fact, within Asean, Thailand has the largest number of students studying Korean, currently estimated at 45,000.

When discussions focused on how China perceives the Thais and vice versa, some subtle themes emerged that clearly differentiated the two cultures. While both sides still maintain the famous metaphor "Zhong Tai Yi Jia Qin"--Thailand and China are the same family -- they were extremely careful in addressing the issue. As is well-known in an East Asian family, there is a hierarchy, say, an elder brother and a younger sister or vice versa. None alluded to this comparison. However, Thailand's ties with neighbouring countries, particularly with adjacent Laos and Cambodia, this brother-sister syndrome is considered a highly sensitive issue.

If the cultural centre in China materialises, it will be the place for interested persons to learn about Thai history, values and its culture -- or in other words, all things Thai. Of course, one indispensable part, tasting and learning how to cook Thai food and other goodies, will be incorporated. Obviously, the centre must yield broader and long-lasting engagement with the local people, in terms of awareness, understanding as well as people-to-people first-hand contacts.

Thai ambassador Arthayudh Srisamoot told the Bangkok Post that the proposed plan is a great one and it would require a thorough study of how one cultural centre can benefit the Chinese with many urban centres. Other issues related to securing a location accessible for the local people and management that would need a large amount of funding and long-term commitment. At the moment, he said, nine Thai consulates offices also act as cultural houses promoting Thai culture and other related activities.

During the discussion. China's unconventional views on Thailand surfaced quite prominently. Buddhism, cool Thailand and LGBT tolerance have been cited as prominent Thai cultural assets that attracted the Chinese. In 2019, before the coronavirus hit Thailand and the rest of the world, nearly 11 million tourists from China came to Thailand. Lots of them came to experience temple tranquility and spiritual enlightenment. Buddha amulets are also popular among certain groups of Chinese visitors. The sense of calmness among the Thais and the gentle ways of doing things have won admiration from our visitors from the Middle Kingdom. They can relax -- sabai, sabai Thailand.

Social media and smartphones have been excellent in highlighting one particular aspect of Thai society, both for good and for worse. After the movie Lost In Thailand, which was filmed entirely in Thailand, was shown in 2013 and broke China's box -office records, the number of tourists from China shot up from two to three million a year to over 10 million. With the proliferation of Thai series through streaming, more Chinese are familiar with Thailand than ever before. In a similar vein, social media has also reached out to Thai young people with knowledge and perceptions of China in the most extraordinary ways, which are different from conventional thinking. Indeed, the Milk Tea Alliance movement is a good case study.

Understanding one culture through social media, movies or video clips could have unfathomable effects. As such, direct contacts through institutions or people would help to deepen mutual understanding. Thanks to the Covid-19 risks, there is a pause in the tourism sector, which allows both sides to look back and set forth future direction.

In Beijing, there are cultural and language centres from Russia, Japan, Spain, Germany, France, the US, and South Korea. After the brainstorming, the Ministry of Culture is expected to follow up on the proposal so a final decision can be made sooner than later.