Thailand Must Get its Act Together on US 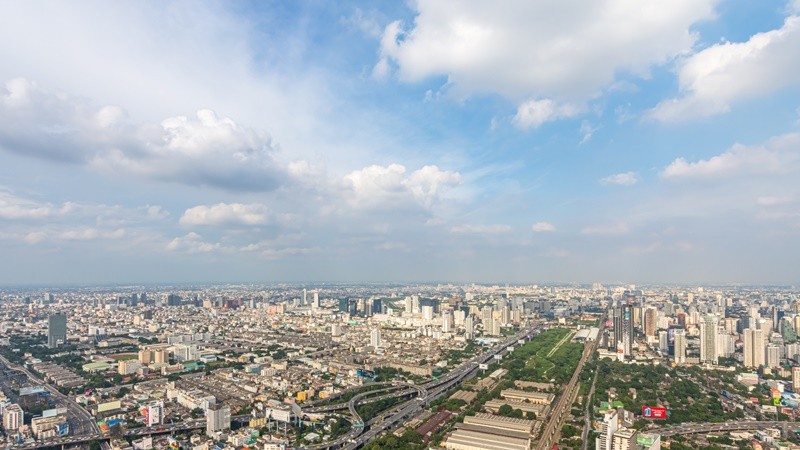 By Mr Kavi Chongkittavorn, Senior Communications Advisor: The Biden administration has made the Thai-US alliance more secure and valuable as demonstrated by the 7th Thai-US strategic dialogue, which was held last month. It came at the right time after a three-year hiatus, as both countries are currently recalibrating their alliance and overall relations with other partners in the region and beyond.

Frankly speaking, while their joint statements were dull, filled with standard words of pleasantry and courtesy, they truly served as a barometer of a Thai-US relationship that is alive and solid. Neither side wants to rock the boat at this critical juncture. Today Bangkok and Washington have a better understanding of each other's challenges and problems.

As such, this situation augurs well for Thailand's foreign policy posture at this time. So when Deputy State Secretary Wendy Sherman, the first high-level official of the Biden administration to arrive here today for scheduled talks tomorrow, there should not be any surprises. Obviously, with Mr Biden, issues related to human rights and democracy are featuring prominently in bilateral matters with less emphasis on transactional issues such as trade-deficit reduction, among others.

For the past 18 months, more than the Thai government would like to admit, the Covid-19 pandemic has zapped the country's diplomatic energy which had been robust in 2019. In that year, Thailand took the lead as the Asean chair, bringing together the greatest economies to forge the world's largest free trade pact and initiated the Asean Outlook on the Indo-Pacific as the grouping's template for cooperation among the great powers.

These days challenges impacting on the Thai-US relationship are diversified and more complex as they are no as longer zeroed in on political and security aspects as before. New areas of cooperation including Mekong development, infrastructure, culture, public health security, agricultural innovations, cyber security, start-ups for young entrepreneurs and digital innovation are on the agenda. More specifically in the case of the Mekong-US Partnership, Thailand can serve as bridge for all donors and recipients.

Obviously the crisis in Myanmar will be intensely discussed. The Prayut administration was thrown off guard with the unexpected coup. It was just recovering from the battle against the second upticks of coronavirus in November.

In the past weeks, international pressure has increased to impose sanctions on gas and oil from Myanmar. Such an action would certainly impact directly the current economic recovery plans of Thailand and the whole region, which still has to rely on stable flows of imported oils and gas. After the coup, the US Congress did the right thing in imposing targeted sanctions against the Tatmadaw leaders responsible for the atrocities in the country. Broad sanctions on energy would obviously affect the Myanmar's people daily livelihoods and their neighbours. In times of economic difficulty and political turmoil, without energy or electricity generation, it would cause unintended and harmful consequences that would further push Myanmar into the abyss.

Fortunately, as Thailand is facing hordes of domestic challenges -- since the eruption of new Covid clusters that deepened economic woes and the sluggish vaccination rollout that eroded public trust, its external ties with the US and China remain stable, escaping the wrath of the superpowers' rivalries.

As the oldest friend of the US in the Indo-Pacific region, however, since 2014 the Thai-US relations have been struggling to come to terms with the new realities in both countries. In Thailand, a new generation of professionals, politicians and youth are longer dependent on the traditional values and ties which their forebears grew up with.

For the past seven years, the two allies have been struggling against a slew of perceptions generated by all social media platforms and influencers which have caused confusion as to the real nature the Thai attitude towards the US and vice versa. Truth be told, inside Thailand, there are three contending views of the Thai-US relationship. The first holds that the US is still a trusted and reliable ally. The second one has an opposite view attuned more to the current political reforms. The third group is small with a more realistic views of Thai-US ties within the context of post-pandemic multipolar world.

The first group comprises mainly pro-US supporters. They cite the longstanding history of friendship and alliance and Washington's strong backing of the Thai political system with a constitutional monarchy. As long as Thailand remains an open and free society under the current system, the Thai-US relations will endure and the US will remain Thailand's "great and good friend".

The visit of the King Rama IX to the US in 1963 has often been used as a template of the heyday of Thai-US friendship. Time and again, photos and references from the historic US trip are featured in speeches and exhibitions. Former foreign minister Kasit Piromya has been the most outspoken on Thai-US ties. He has reiterated that the US is Thailand's best friend because it has been helping Thailand for decades.

The second view juxtaposes the first in perceiving the US as an unworthy or untrusted friend of Thailand. Over the past seven years, more and more senior government officials and military top brass have been convinced that the US supports the ongoing political reforms that have been demanded by various stakeholders, in particular among young protesters. Mixed signals from the US government have further deepened this group's anxiety about the true US intentions.

Over the past 16 months, this perception has reached an almost hysterical level, as the street protests intensified with anti-monarchy slogans using lewd language. These Thai conservatives have never identified other Western nations as a threat with the same contempt as the US. That helps explain why they have great influence in drafting new laws or seeking amendments to existing laws to tighten freedom of speech and assembly as a means to protecting the country's sovereignty, monarchy and national security.

This group often refers to Washington's active support of local NOGs with agendas of promoting openness, human rights and democratic institutional reforms. As policy, Washington does not interfere with US-based civil society organisations that provide financial assistance to local nongovernmental organisations. At the operational level, this group has often alleged interference by Washington. One senior official praised Singapore reminding the US on May 18 not to interfere with the island's domestic policy related to gender issues. Bangkok, he added, should have the guts to do the same when the US crosses the red line.

The same senior military official cited the Biden administration's Interim Strategic Security Guidance, which came out in March, as testimony that the US has ditched Thailand. Among top-ranking officials, anxiety is high that the US is not sincere when dealing with Thais, especially in cooperation related to intelligence or cyber security. They say the anybody who is against the US is viewed as a China supporter.

The third group comprises diplomats, professional and the private sector. They are foreign-educated technocrats who understand Thailand's future security and wellbeing will depend on close, cooperative relations with the US and other great powers, China in particular. They support the country's balanced ties with all major players, which remain a cardinal principle of Thailand's foreign policy. Indeed, this group believes Thailand can learn a lot from the US post pandemic, especially new technology and innovation in all areas of modern life under the purview of new strategic relations with the US.

As Thai-US ties enter their third century, the challenge is to find a new generation on both sides that appreciate the long history of good relations and cooperation. Any knee-jerk diplomatic decision by either side would cause serious repercussion to the rich bilateral ties and regional strategies, especially during and after the Covid-19 pandemic.