Thailand: In the Eye of the Coming Storm 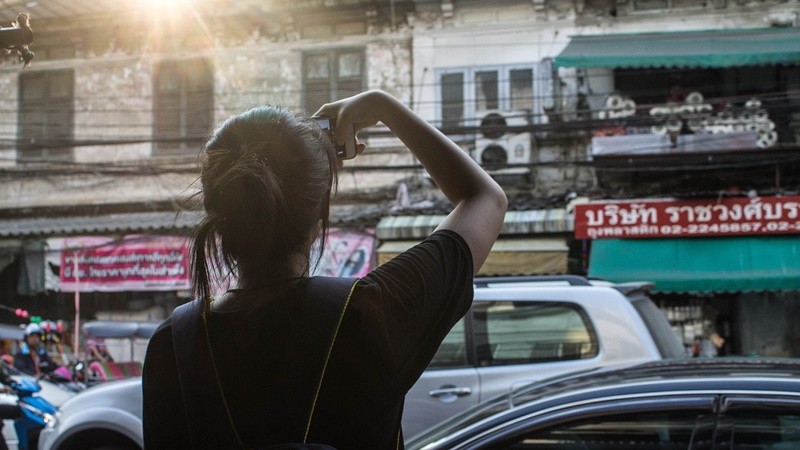 By Mr Kavi Chongkittavorn, Senior Communications Advisor: Last week, in his 229-word congratulatory message to US President Joe Biden, Prime Minister Prayut Chan-o-cha minced no words in stating that as the US' first and oldest treaty partner in Asia, Thailand is very proud of its strategic ties with the United States, which have benefited both countries and their peoples as well as contributed to security, stability and prosperity in the region.

He also had a poignant message for the new leader, writing that at this crucial point in time, countries all over the globe are facing "divisiveness, conflicts and ruin amplified by the pandemic" which require them to 'turn towards each other and collaborate'. He declared that ' Thailand is prepared to walk side by side with the US on this journey'.

However, today one oft-asked question is whether the US is ready to walk side by side with Thailand on this journey. For the past 203 years Thai-US ties have been quite unpredictable, especially in the post-Cold War era. Since the fall of the Berlin Wall three decades ago, Thai-US ties have gone steadily downhill. These days, in discussing the virtues of their century-old relations, repeating past collaborations and successes are essential ingredients to keep the mutual dialogue going.

Without common enemies, the two countries have been trying to find fresh and valuable impetus to revitalise their alliance. Thailand's national security strategy for the next 20 years (2018-2037) makes it succinctly clear that the kingdom does not have any enemy in its midst. With such a mindset, it would be hard to walk alongside the US, which has a clear objective -- to compete strategically and counter China's rapid rise in influence. Washington has been urging its allies and friends to help out. Under the Biden administration such calls are likely to intensify further.

At the moment, there are two narratives among the Thai policymakers and strategists, juxtaposed against one another. The first frames Thailand as an insignificant regional player, which continues to be embroiled in domestic conflicts. The past decade has offered clear testimony to how useless Thailand has become in staying relevant in the rapidly changing geopolitical environment, judging from the US responses. The Trump administration's treatment of Thailand was an aberration at best.

One caveat must be mentioned, though. With Mr Biden's security and foreign affairs teams, many culled from the Obama administration, they might continue the echo-chamber views of Thailand and pursue similar approaches and policies as before. Again, without value added to the US global strategy, Thailand would be pushed down.

From Washington's vantage point, other non-allied countries in the region such as Vietnam, Indonesia and Malaysia have already moved up the security ladder and now occupy the top ranks among US strategic partners. Singapore has always been a preferred strategic partner status -- a virtual ally of sorts.

These strategists often cite Vietnam as a successful country which has won Washington's support due to its clear security posture. The lawmakers in the Beltway also give importance to Hanoi because it has stood up against China. That helps explain why during the Trump era, Vietnam's status in the US global strategy was given a significantly lift, challenging traditional allies like the Philippines and Thailand due to their perceived closed ties with China.

These days whenever Thailand's name is mentioned, it is synonymous with unending political turmoil, violations of human rights and dictatorial traits, which have dominated regional news headlines more than any other Asean member. Given Mr Biden's support and advocacy of liberal norms and human rights, it serves as a lightning rod for him to sidestep this benign ally. Worsen still, of late lese majeste cases have increased and have already become a big albatross tarnishing the kingdom's international standing. This undoubtedly is Thailand's Achilles' heel.

Furthermore, the on and off protests by the Thai youth movement against the government urging extensive reforms in all key institutions have attracted support and sympathy from Western countries. In early December, nine leading US senators from the Democrat Party criticised Thailand and branded the country as having a repressive monarchy and government.

As such, the argument goes, Thailand should strengthen ties with countries that do not impose their values or ways of thinking. Let Thai-US relations run their course. Within East Asia, relations with China, Japan and South Korea have grown closer than ever as they have no qualms about liberal values and norms. Interestingly, after the election in 2019, EU-Thai cooperation improved. So have relations with India and Russia. Both Australia and Thailand became strategic partners last November.

The second narrative has a broader view of Thailand's strategic imperatives, both as a key driving force of the Mekong sub-region, Asean and one of the five US allies in the Indo-Pacific region. Even with the Trump administration's departure, Thailand will continue to occupy the highest tier of the US security network in the region under the Biden administration. As the US-China rivalry intensified, Bangkok's geostrategic value also increased manifold. Indeed, the kingdom has ample opportunities to recalibrate the current international security landscape for its own interests.

In fact, the person who knew best about the strategic values of Thai-US ties was the former US ambassador Michael DeSombre. He highlighted them in details succinctly in a series of articles published in the Thai and English languages during his brief tenure from March 1, 2020 to January 20, 2021. In a nutshell, he reiterated unequivocally that the US is a better friend for Thailand.

From now on, with renewed focus on rivalry between great powers, especially the US and China, over development in the Mekong sub-region, Thailand's role is indispensable to manage and pull together regional resources and manoeuvrability. With increased awareness of a Mekong identity, the lower riparian countries are also working hand in hand more than ever before in forging their own code of conduct to deter any hegemonic trends from external powers.

Obviously, sensitive issues related to royal and military institutions will continue to disrupt the Thai-US bilateral ties but without harming the overall security cooperation. After the coup in 2014, the Pentagon continued the annual Cobra Gold military exercises despite calls for a boycott without any disruption. As long as the Pentagon deems the region's largest military exercises, now in their 38th year, with Thailand as beneficial to its overall interoperability, Thailand's strategic value will continue.

Despite its shortcomings as far as domestic stability is concerned, Thailand is still considered to be a moderately free and open society, in comparison with neighbouring countries. Bangkok-based foreign and local civil society organisations are very active in monitoring the government's performance, especially those related to all aspects of civil liberty.

In his congratulatory letter, Gen Prayut has invited Mr Biden to visit Thailand in the future. In 2022, after New Zealand, Thailand will host the Asia-Pacific Economic Cooperation Leaders Meeting. If the pandemic has eased by then and safe travel is guaranteed, Mr Biden could join other Apec leaders including Chinese President Xi Jinping and Russian President Vladimir Putin in Bangkok at the end of next year.

Their divergent viewpoints aside, both narratives agree that during the Covid-19 pandemic world, Thailand will have to be more assertive and forceful as allies and friends of the great powers. Bangkok should not shy away or sit on the fence on sensitive issues as it has in the past. Strategic ambiguities which have long been the norm should give ways to strategic clarities especially on rule-based issues. Otherwise, Thailand could easily be left on the sidelines or worse still it could become a pawn in the great powers' competition.