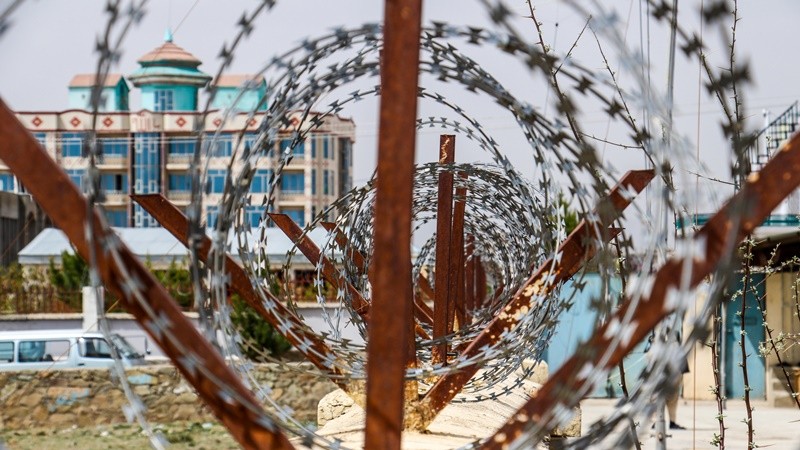 By Mr Kavi Chongkittavorn, Senior Communications Advisor:  The Taliban's victory is still fresh but unintended consequences that can impact the regional and global strategic environment are not difficult to discern. The first two weeks of its rule have already evoked vivid and unpleasant memories of past practices that brought outside powers to this rugged mountainous corner of the world. The future of this nation will remain unsettled for a long time to come. The first indicator has been the Afghan people themselves, who have showed their bravery during their 101th independence day last week by opposing the use of the Taliban's flag.

The Taliban have repeatedly stated that they have changed and want to live in peace with the Afghans at large and the global community. The proof of the pudding is in the eating and so far the taste has been more than a little sour.

The hasty withdrawal of American and Nato troops was a big mistake, coming as it did at a time when all parties to the conflict are still fighting for power and territorial holdings. It was also a betrayal of the Afghan people, who for the past two decades, have lived in a moderate functioning democracy.

It was a catastrophe that the foreign troops left without any preparation for the majority. Now the West will have to carry this sin to their graves. The only thing the defenceless locals can do at the moment is to show they love their country and their flag. When thousands of Afghans came out on the streets in Jalalabad and Kabul to protest against the Taliban's imposition of their flag, they put their very futures at stake. The Taliban is unlikely to allow them to live.

Some local people, who worked with the West and have been unable to leave, have been hunted down and killed. More and more Afghans, women and men, will be targeted in the days to come. As the killings continue, it will be difficult for the Taliban to keep up their rhetoric of compromise and peaceful living. Nearer to home, one need only look at the situation in Myanmar after the coup in February, when the new power wielders made their presence felt by killing or arresting political opponents. The latest tally from the Assistance Association for Political Prisoners has reached over 1,000. With the Taliban, one can expect far worse.

With those Afghans running under the cover of their national flag, the seeds of future conflict have been sown. These civilians have refused the new identity imposed by the Taliban. It remains to be seen if these sentiments are shared in the rest of the country. Afghanistan is populated by 39 million people comprising 14 ethnic groups, each with its own vested interests. While some of them have been fighting with each other, the one thing they share is a love of their country and warding off foreign occupants.

In the coming days, the Taliban will face mounting challenges in governing Afghanistan, which has gone through two decades of unprecedented social changes. President Biden was wrong in saying that his country went into Afghanistan just to kill those who were behind the Sept 11 tragedy and not for the purpose of nation-building. It was a ridiculous statement.

If the Taliban continue with their old habits, or even if they put improved behaviour and their promises into practice, Afghanistan will still remain a land where top leaders of extremist groups congregate. All prisons including the one at Bagram airbase have been thrown open and more than 5,000 prisoners are now free. These prisoners, comprising leading terrorists, will certainly try to regroup or forge new alliances to reinvigorate their networks. This trend is dangerous and will cause havoc across the world.

Right after the New York tragedy, Southeast Asia was declared the second front for global terrorism and American leaders gave the region their full attention, persuading key countries in the region, including Thailand, to join the anti-terror campaign. During the 2000s, quite a few Asean members had to cope with local radicals and their networks such as Jamiah Islamiah which targeted locals and foreigners. If these extremists are able to regroup, Thailand has to be prepared as it was a hub for all terrorists to crisscross and rendezvous.

The return of these groups would have adverse repercussions and destabilise the entire region, which is already suffering from the severe impacts of the Covid-19 pandemic. Any hope of a speedy recovery would be dashed. It will come as no surprise if, on top of the Myanmar crisis, the new Afghan imbroglio also dominates the Asean agenda in the months to come. Remember the region still has thousands of former Al-Qaeda and Islamic State adherents. They could well be rejuvenated if the Taliban's return is not accepted and prevent them from using the country as sanctuaries.

Since Aug 15, Afghanistan has become a new battleground for the great powers to devise new strategies to pivot their role and influence in the most important chokepoint in Central Asia. It is not hard to foresee that the Taliban will strengthen their friendship with neighbouring countries especially Pakistan, Iran, India and China.

Just a week before the fall of Kabul, the much publicised meeting in Tianjin between the Taliban co-founder Mullah Abdul Ghani Baradar and State Councillor and Foreign Minister Wang Yi showed that China was ahead of the game. China has a huge stake in Afghanistan's stability and predictability due to its current situation in the Muslim-dominated Xinjiang province and its ongoing Belt and Road Initiatives. It would be in their mutual interests to deepen ties bilaterally -- the way China has often done with countries abandoned by the West.

The two powerful neighbours, Pakistan and India, will also be elements in Afghanistan's future. For the time being, their policies and actions remain in opposition to each other. With the resurgent Islamic group now in Kabul, Pakistan's profile will be highlighted and past and current deeds will be sooner or later revealed to the public. In the coming weeks, Pakistan can reveal its true colours as a peace-maker or otherwise.

As part of the global democratic movement, India has a unique role in Afghanistan. India, backed by the Western countries, will need diplomatic finesse and other diplomatic tools to reengage the new rulers as any action would have repercussions back home and along the troubled Pakistan-India border. India had close ties with the democratic Afghan government.

Today's Afghanistan has no more foreign troops. The Taliban 2.0 must wisely work together with local stakeholders of various ethnic groups and social classes and convictions of all age groups, especially aspirant youth. This will be the only way to go to gain legitimacy and assistance from the Afghan people and international community. For one thing, it will be hard to start anew if Afghani women and girls are restricted in their rights and educations.