Scaling Renewable Energy in ASEAN: Hydrogen as the Missing Piece 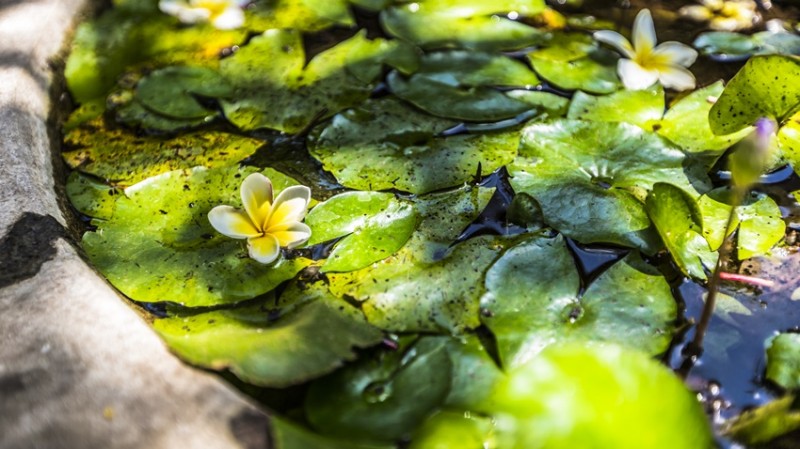 By Dr Han Phoumin, Senior Energy Economist: Recent international headlines have been declaring the potential of hydrogen to solve some of the key issues that limit the development of renewable energy (RE) and the goal of decarbonization of emissions.  The Wall Street Journal calls it the ‘new wonder fuel’.  The BBC refers to a hydrogen ‘tech revolution’ and Forbes says it ‘may be the crucial ‘jigsaw’ piece for green microgrids.’  In short, hydrogen will be an option to mitigate CO2 emissions in the future.  So how can this potential be applied in the Association of Southeast Asia Nations (ASEAN)?

ASEAN’s current power generation mix is dominated by coal, gas, and hydropower. However, solar and wind power comprise the most abundant energy resources in ASEAN but contribute negligent amounts (1.5% in 2015 and 2.4% in 2020) to the power mix.  An optimistic outlook estimates that the shares of wind and solar power will increase by about 11% by 2040.

Many ASEAN grid operators hold misperceptions about renewable energy, although the production cost of RE such as solar and wind has dropped dramatically in recent years. Its share in the power generation mix remains small at 2.4 percent in 2020 (ERIA, 2019). The misperceptions about RE’s stem from its variable and intermittent nature, which adds higher costs to grid systems because it requires back-up capacity from conventional gas power plants (NREL, 2020).

Wind and solar power output do vary depending on the strength of the wind or the amount of sunshine. However, this risk of variable energy output can be minimized if power systems are largely integrated within countries and within the region as a whole. The aggregation of output from solar and wind from different geographical locations has a balancing effect on the variability (NREL, 2020). However, the ASEAN Power Grid is making slow progress and an integrated ASEAN power market may remain unrealized for several reasons including regulatory and technical harmonization issues between ASEAN power grids and utilities. Thus, scalable electricity production from wind and solar faces tremendous challenges due to current practices of system integration in ASEAN. Investors in solar or wind farms will face high risks from electricity curtailment if surplus electricity is not used.

Recently, many countries have developed technologies for battery storage (Lithium-ion batteries) to handle surplus electricity production from wind, solar, and hydropower but battery storage remains costly. However, hydrogen produced from electrolysis using surplus electricity (including surplus electricity from fossil fuels that apply carbon capture, utilisation and storage or ‘CCUS”) has many advantages that complement battery storage, as hydrogen can be stored as liquid gas which is suitable for uses in many sectors and is easy to transport.  And the transport issue is critical in ASEAN as many renewable resources are far from demand-centres and therefore difficult to produce cost-efficiently.  In many cases their development requires large investment of undersea transmission cables to transport electricity.

For example, the potential for hydropower in Sarawak, Malaysia and Papua, Indonesia is high. But electricity demand in those areas is not significant, therefore these resources cannot be fully tapped for uses as they are far from demand centre. The same is true for low-ranked coal and hydropower in isolated places in Indonesia and many other island countries. In contrast, hydrogen development has the great advantage of turning these resources into hydrogen that can be easily shipped to demand-centres for use in many sectors.

Hydrogen is a potential game changer in efforts to decarbonize global emissions in all sectors. Other RE sources can be fully developed once hydrogen has been widely adopted. The more electricity produced from wind and solar, the higher the penetration of renewables into the grid which will create surplus power during low demand periods.  This surplus can be used for hydrogen production.

However, hydrogen production is not free from challenges.

Although hydrogen itself is clean fuel, hydrogen production can be an issue. Almost 95% of current hydrogen production is from natural gas which leaves a carbon footprint. The gasification of coal can also be used to produce hydrogen, but in terms of carbon footprint, coal gasification emits roughly four times more CO2 per kg of hydrogen compared with using natural gas feedstock. The ideal hydrogen is ‘green hydrogen’ which uses renewable resources in the form of electricity which is created through a process known as ‘electrolysis’. This green hydrogen enables increasing the share of intermittent renewable energy such as wind and solar into the power mix, and it allows for accelerating the use of other renewable energy such as geothermal, hydropower, biomass and nuclear combined with wind and solar as hybrid energy systems. Promoting the use of ‘blue hydrogen’ which uses low-ranked coal with CCUS can also bring many economic, environment and social benefits and serve as an interim stages in ASEAN’s clean energy transition.

Since hydrogen is a clean energy carrier and can be stored and transported for uses in many sectors, hydrogen development is an ideal pathway to sustainable clean energy systems in ASEAN as well as the rest of the world, and its presence is an enabler for scalable RE such as solar and wind. However, hydrogen supply costs are not competitive yet. Therefore, the leaders around the world will need to provide clear policies for promoting hydrogen development and adoption. The right policies will enable economies of scale for hydrogen production that is cost competitive so that investors will be more interested in electrolyser manufacturing, improvements in electrolysis efficiency, operations and maintenance, and the use of low-cost renewable power. If governments around the world implement the right policies, business players and other stakeholders will make hydrogen a bridging fuel to enable scaling up the penetration of renewable energy into all sectors, thus decarbonizing global emissions. Within 10 to 20 years, hydrogen can be used commercially with the right government support now.

This opinion piece was  written by ERIA's  Senior Energy Economist, Dr Han Phoumin, and has been published in The Manila Times, The Jakarta Post, The Myanmar Times, The Phnom Penh Post , The Borneo Bulletin and The World News, Click here to subscribe to the monthly newsletter.

ERIA's Senior Energy Economist Dr Han Phoumin has more than 20 years of professional experience working at various international and inter-governmental organisations and multi-disciplinary research consortiums related to energy market and technologies, environment, integrated water resource management, governance, and economic development in the region of ASEAN and East Asia. He specialised in economic development and policy and applied econometrics. Much of his career in the past 12 years revolved around power sectors, especially with sustainable hydropower development, renewable energy policy research (i.e., biomass power generation competitiveness studies, solar and wind), energy efficiency and conservation, clean coal technology, energy security, and energy demand and supply forecasting. He has been serving as an expert for APEC on energy security for oil and gas emergency responses since 2013 until now. He is also one of the peer review experts for Peru’s energy subsidy removal commissioned by USAID in 2015. He also has led a number of projects in the EAS region related to energy policy and planning, and also contributed articles and special issues for academic journals. In 2022, he joined Elsevier as a member of the International Advisory Board for Energy Policy.