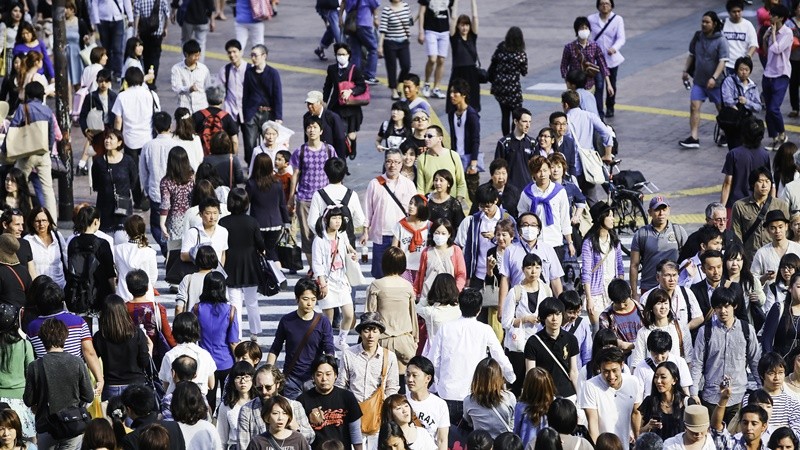 By Mr Kavi Chongkittavorn, Senior Communications Advisor: Exactly 10 years ago in Hanoi, under Vietnam's chair, the Association of Southeast Asian Nations adopted the Masterplan of Connectivity, which envisaged the bloc as a single, integrated entity with physical, institutional and people-to-people connectivity.

A decade later with the same Asean chair, those noble inspirations have been put on hold due to the outbreak of Covid-19. Now, all plans to meet in person have been halted, causing instant disruption to the livelihoods of the bloc's 654 million people.

After more than three months of stringent measures to contain the spread of Covid-19, Asean members are now slowly easing their lockdowns to allow essential businesses to resume. In other words, each country is using its own way to restore the economy back to pre-Covid-19 conditions, knowing full well it would be impossible. That is why the term "new normal" has been popularised to denote the post-pandemic world.

Due to Asean's varying political systems, economic strengths, and cultural and religious diversity, each member has adopted unique ways to combat Covid-19. So far, Asean has done well to contain the virus. As of Sunday, there were 108,279 cases with 3,035 deaths. Indonesia had the highest number of deaths with 1,851, followed by the Philippines at 1,003, Malaysia at 117 and Thailand at 58.

To get Asean to reconnect again, its leaders must immediately hold the long-delayed 36th Asean Summit, which was postponed from early April due to the outbreak.

Online summits can work. In February, Asean foreign affairs ministers held teleconferences on the issue of Covid-19 for the first time, followed by another online meeting with their Chinese counterparts.

The online conference method has proven to be an effective way to conduct diplomacy and business among block members and their Asean Plus Three (APT) dialogue partners China, Japan and South Korea. In April, bloc members held virtual summits among themselves and with their APT partners, while Asean foreign affairs ministers held a similar meeting with the United States.

Before Vietnam decided on Friday to go ahead with the virtual meeting on June 26 for the 36th Asean Summit, member states had been split into three groups. The first was a group who backed the chair's plan to hold a physical summit in Danang.

The group deemed it was important to render all support to Vietnam. Attending the summit physically would demonstrate full confidence in the chair's ability to manage the coronavirus and ensure the safety of Asean leaders.

Vietnam has emerged as the leading country in containing the pandemic and received enormous praise from western media. Vietnam was the first Asean member to adopt stringent measures to contain the virus' spread and first to ease the lockdown. Today, the Vietnamese people live a normal life. Since last weekend, football fans there have been enjoying matches without restrictions.

The second group comprises Asean members who want the imposed lockdowns to continue. They argue the Covid-19 situation remains challenging. Therefore, they have to focus on containing the pandemic. Besides dealing with their own citizens, the presence of huge numbers of migrant workers has overwhelmed domestic health systems.

As such, their leaders would not be able to travel abroad as their lockdowns last until the end of June. While Asean leaders would have liked to support Vietnam's proposal for the Danang meeting, they reiterated that there is still a chance to meet in person during the scheduled 37th Asean Summit in November.

The third group contains members who want to further postpone the 36th Asean Summit in Danang to August. This is at a time when domestic urgency to contain the virus takes precedence.

However, further delay would certainly have some negative impacts on common action plans Asean would like to approve, including measures to conduct economic recovery efforts in the region. According to Secretary-General Lim Jock Hoi, in a recent op-ed piece published in The Jakarta Post, the economic impact of Covid-19 will be significant, with the region expected to grow by just a meagre 1% this year compared to 4.6% in 2019.

He also reiterated that millions of people are expected to lose their jobs, and for a region with a large informal sector and where social protection is not evenly developed, the costs to livelihoods will be high.

At last week's virtual meeting between Asean economic ministers and their counterparts from China, Japan and South Korea, they discussed building platforms to facilitate existing trade to promote and support supply chain connectivity in the region. Furthermore, they highlighted the leveraging of technology and digital commerce to support and allow businesses, especially micro, small and medium-sized enterprises (MSMEs), to continue operations.

Indeed, to restore and sustain the regional supply chain of essential goods at this juncture, such as food items and medical products, closer cooperation among Asean and APT is a prerequisite. Given the large amount of investment by China, Japan and South Korea in various regional supply chains, there is a possibility of setting up air bridges between Asean countries and their partners to allow business people and investors to come.

For those Asean countries that depend on migrant workers, there could be some delays, depending on local Covid-19 containment efforts. In the case of Thailand, as factories and commercial sites have begun operation, the Centre for Covid-19 Situation Administration (CCSA) is contemplating a time frame for when workers from neighbouring countries can be welcomed back to help revive the economy.

For the past three weeks, all of the new infections in Thailand were imported. Since Asean does not have a common tourist policy and border management, travel in the region would be up to each member country's prerogative and mutual agreements. In the European Union, Italy was the first member to open up for tourism for other EU members without the need for a 14-day quarantine period. For visitors to the United Kingdom, 14-day self-isolation is required after coming to the country.

Some Asean members are ready to reopen their countries and welcome the much-needed foreign tourists. Cambodia has already welcomed back Chinese tourists. In July, the Tourism Authority of Thailand (TAT) planned an air bridge for people from countries with no coronavirus threat to visit the kingdom. Tourism seems to be the best way to reconnect with outsiders and revive the local economy.

At the upcoming virtual Asean Summit, Asean leaders should further increase policy convergence and have a more united response so that Asean citizens can be reconnected again sooner than later, even before their leaders agree to meet each other face to face.