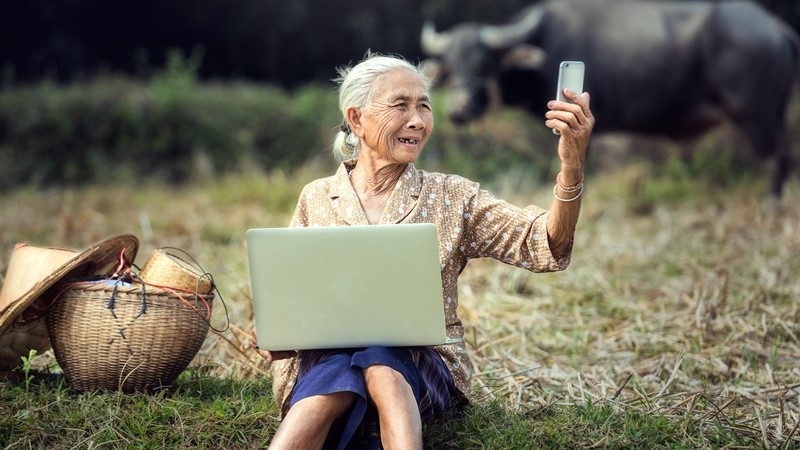 By Kavi Chongkittavorn, Senior Communications Advisor: In the 12 weeks since Michael George DeSombre took up the post of US ambassador to Thailand, he has penned three articles and conducted several rounds of interviews, praising Thailand's extraordinary roles in public health, the Mekong sub-region and global and regional supply chains. It has been refreshing to see long-standing bilateral ties revived with good vibes. His public views, expressed both in Thai and English in the midst of the Covid-19 outbreak, have been in stark contrast to previous ambassadors who were cautious but held critical and stereotypical views that strictly followed the cast-iron narratives of the US State Department -- Thailand is undemocratic, has no free press, is pro-China and is an unreliable ally.

By contrast, on Feb 22, the US Embassy in Bangkok issued a 70-word statement reacting to the constitutional court's decision to disband the Future Forward Party, saying: 'The United States strongly supports democratic governance around the world, and appreciates Thailand's recent seating of a democratically elected government. While the United States does not favour or support any particular political party in Thailand, more than six million voters chose the Future Forward Party in the 2019 elections. The decision to disband the party risks disenfranchising those voters and raises questions about their representation within Thailand's electoral system.'

The statement drew strong reactions from Government House and the Ministry of Foreign Affairs, viewing it as interference in the country's judicial affairs. A senior Thai official even said the statement had been written by 'mentally handicapped' officials. Yet a similar EU statement was well-received by the Thai government.

The fact that the negative comments came hot on the heels of the just-completed Cobra Gold, the region's biggest military exercises, made them particularly disappointing for the Thai government. Indeed, Government House's inner circle was pondering retaliatory measures to warn the US that Washington should not take bilateral ties for granted. But after Mr DeSombre was sworn in on March 2, he quickly began working to repair ties. His unconventional but business-like approach has gradually warmed the friendship. It represents a new shift in US treatment of and policy toward Thailand. His meetings with several key Thai leaders have been impressive, with the ambassador coming across as friendly and non-judgmental.

Last week, while meeting Deputy Prime Minister Wissanu Krea-ngam, he raised various issues, including the extension of the emergency decree until the end of June, but without touching on politics. Mr Wissanu told reporters that he had explained the reasons for keeping the decree for now, dismissing speculation the US envoy had expressed any concern. One senior Thai official who attended one of several meetings along with Mr DeSombre even stressed that the new American envoy could easily boost relations to sud kob fah -- the edge of the sky -- if he were so inclined. Likewise, if he were to change his mind, he could sink Thailand in no time. His close personal relationship with Mr Trump is unquestionable and could make all the difference. He is the first businessman to serve as the American envoy here, a position normally reserved for a career diplomat. As such, his words, black or white, will quickly reach Mr Trump's ears and morph into tangible policies. One small indicator his ties with the president are genuine was Mr Trump's recent praise of the US Embassy's Facebook page in Bangkok, saying other US embassies should emulate it.

In all three of his Thai-language op-eds, two themes have stood out. First, Thailand had done well because of its cooperation and partnership with the US. Praising Thailand means praising the US. His articles reiterated the importance of Thai-US cooperation and mutual understanding in light of the two countries' common commitment to transparency and the rule of law. Finally, they also reminded the forgetful Thais of past accomplishments that the American government had brought.

Mr DeSombre also praised Thailand as a hub of safe, reliable and secure supply chains on which US firms depend. He also wrote at length saying: 'In February, Thailand was ranked No.1 by US News and World Report's 2020 survey of the best countries in which to start a business. It based this ranking on five attributes: affordability, bureaucracy, low manufacturing costs, connectivity, and access to capital. Thailand is also renowned for the quality of its healthcare system, which has performed admirably during the Covid-19 pandemic, as well as its range of world-class international schools. It has some of the most diverse and beautiful cultural and tourist sites in the world. And the food speaks for itself. It is simply a wonderful place to live, both for individuals and for families.'

No previous US envoy has ever said such positive things about Thailand at the start of their tenure. After all, Thailand has been considered the oldest friend of the US in the Indo-Pacific region since their first contact back in 1812. She is also the only non-Nato ally of the US in mainland Southeast Asia. But bilateral relations have frequently encountered turbulence due to political dynamics and unexpected outcomes related to Thailand's unique democratic process. Apart from promoting Thai-US business, he has also focused on improving ties with the Thai military, which was the main bilateral pillar during the Cold War. He has met with Army commander Gen Apirat Kongsompong on several occasions. Meanwhile, the embassy's military attaches are proactive in briefing Thai military policy makers on the latest US strategies and approaches.

At this juncture, his narratives have resonated excellently with Thais, which can quickly energise the nearly two-century-old friendship. This year marked the 187th anniversary of the signing of the Treaty of Amity and Commerce between the two countries in 1833. Time will tell whether the new American envoy is sincere or just a diplomat with pak wan kohn priew -- a honey-coated mouth with a razor at the girdle.