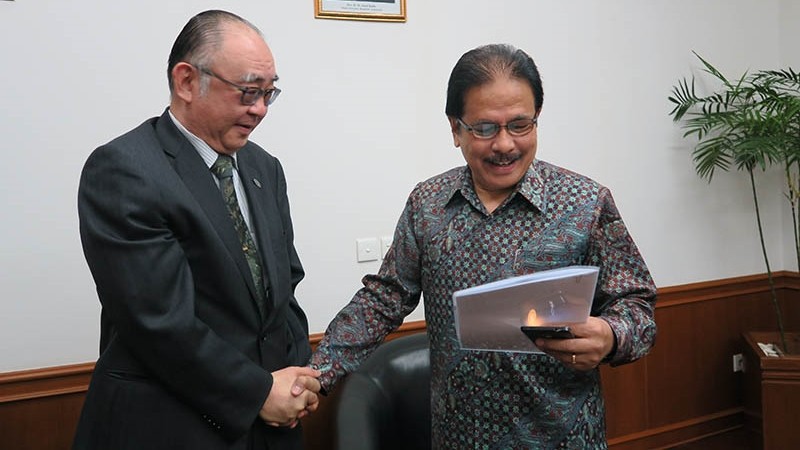 Prof. Nishimura informed the Minister about ERIA's organizational structure and the history of its establishment in Jakarta, Indonesia. He also highlighted ERIA's contribution to the Asian region and Indonesia, such as the Comprehensive Asia Development Plan (CADP), the Master Plan on ASEAN Connectivity (MPAC), and the Master Plan for the Acceleration and Expansion of Indonesia (MP3EI).

The MP3EI, announced in May 2011, addresses the importance of infrastructure development in six economic corridors in the acceleration and expansion of Indonesia's economy. ERIA made a significant contribution to the identification of the six corridors, known collectively as the Indonesia Economic Development Corridor.

The Minister thanked President Nishimura for his impressive explanations and ERIA's great work and emphasized the importance to further strengthen ERIA-Indonesia relations.

Both parties also exchanged views on mutual interests of common issues such as sustainable development of Indonesia.