Opinion Piece - Is the U.S. ceding climate leadership to China? 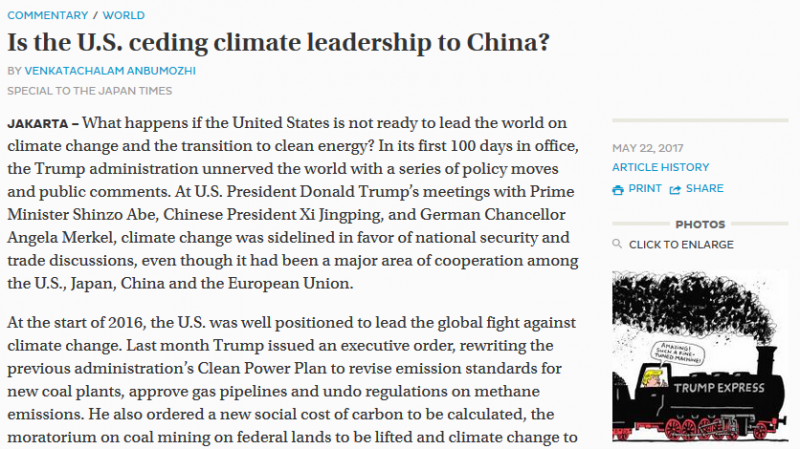 JAKARTA – What happens if the United States is not ready to lead the world on climate change and the transition to clean energy? In its first 100 days in office, the Trump administration unnerved the world with a series of policy moves and public comments. At U.S. President Donald Trump’s meetings with Prime Minister Shinzo Abe, Chinese President Xi Jingping, and German Chancellor Angela Merkel, climate change was sidelined in favor of national security and trade discussions, even though it had been a major area of cooperation among the U.S., Japan, China and the European Union... (read the full article by using the link above)