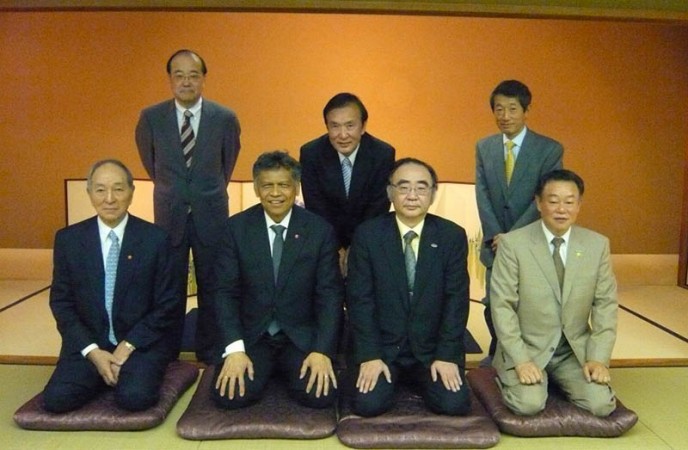 Dr. Surin Pitsuwan, Secretary-General of ASEAN and Mr. Hidetoshi Nishimura, Executive Director of ERIA had a meeting with Chairman of Kansai Economic Federation (Kankeiren), Mr. Hiroshi Shimozuma on 21 May 2010. The meeting was attended by senior business executives.

Both sides Kankeiren and ERIA held discussions on further cooperation, it was agreed that:

-Kankeiren will support to ERIA's Regional Network Symposium which will be held on 4th July 2010 in Nara Prefecture, Japan

-The establishment of ERIA office in Kankeiren has been agreed and the opening ceremony of the office will be held in Osaka, Japan. (MOU was signed between Kankeiren and ERIA on 9th November 2009.)

-A symposium will be co-organized by Kankeiren and ERIA on 9th November 2010. The result of East Asia Summit and Comprehensive Asia Development Plan (CADP) will be reported in this symposium