Meeting of the Parliamentary League for ERIA 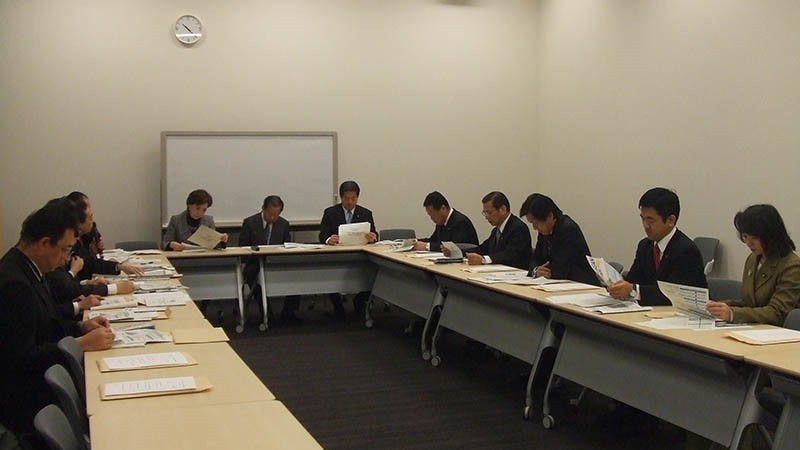 Prof. Hidetoshi Nishimura, Executive Director of ERIA, attended the meeting of the Parliamentary League for ERIA led by Chairman, Mr. Toshihiro Nikai (Former Minister of Economy, Trade and Industry of Japan) on February 15, 2013 in Tokyo, Japan.

This time is all parties' meeting consisting of the Liberal Democratic Party, New Komeito, and the Democratic Party of Japan. The members exchanged views on ERIA's activities and its future direction/cooperation.

The aim of establishment of Parliamentary League consisting of all parties is to support the activities of ERIA by promoting widely its research activities and policy recommendations for economic integration in East Asia throughout all parties' support in the course of the growth of importance of the Community building in ASEAN and East Asia.

Prof. Nishimura, Executive Director of ERIA, briefed on the process of integration in East Asia and ERIA's developments along with a role in supporting the Summit activities. Prof. Nishimura also touched upon the 2012 Global Go To Think Tanks Index Report which ERIA ranks 28th in the International Economic Policy Think Tanks and ERIA's flagship projects such as Mid-Term Review of the Implementation of AEC Blueprint and Myanmar Comprehensive Development Vision (MCDV).

After that, Mr. Takayuki Ueda, Director-General, Trade Policy Bureau, Ministry of Economy, Trade and Industry of Japan, reported on "Japan's policy for East Asia and its activities through ERIA".

The members shared an understanding about the importance of promoting the Community building in the region and its ERIA's contribution and encourage ERIA to continue working on those initiatives.