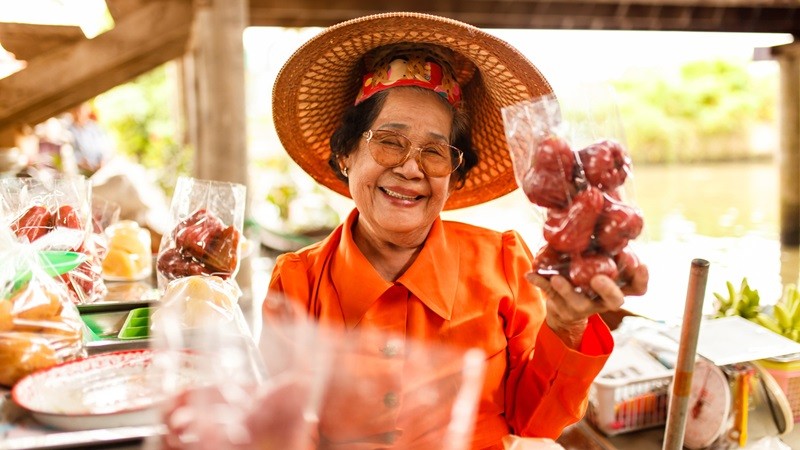 Countries around the world are facing an ageing population - including the members of the Association of Southeast Asian Nations (ASEAN). ASEAN countries do have a growing young working population, but the proportion of older citizens is also increasing, driven by better medical care and higher life expectancy.
With the exception of the Philippines, the proportion of people over the age of 65 in ASEAN is expected to triple from 2015 to 2050, according to ASEAN and United Nations data.

Singapore tops the list with an expected 33.6 per cent of its population over the age of 65 by 2050. But Singapore isn't alone. Brunei, Thailand, and Vietnam will also have 21 per cent or more of their population in the same age range by 2050.

The issue of an ageing population is typically discussed at the national rather than regional level. But it is a shared issue, with several countries facing the same concerns. While attention has focused on the formation of the ASEAN Economic Community, another aspect of ASEAN's planned integration is the establishment of an ASEAN Socio-Cultural Community (ASCC) by 2025. As part of this, ASEAN needs to work towards greater social responsibility - which could include encouraging policy reforms to address the needs of ASEAN's senior citizens.

The Economic Research Institute of ASEAN and Asia (ERIA) has recommended the creation of an ASEAN social protection forum, including the creation of a database to promote policy-relevant research. This would encompass finding sustainable social security solutions for the over 65 age group, with the exchange of ideas and information between the ten ASEAN member states. Ideally, countries will be able to learn from each other in formulating policies. If ASEAN can tackle the issue of an ageing population together as a region, it will help the grouping move closer to being a truly cohesive ASEAN Community.

Taking lessons from the EU

The European Union (EU) is similarly facing an ageing population - the working population of EU member countries is expected to decline from 67 per cent in 2012 to 56 per cent by 2060. The EU has responded by promoting active ageing. Coupled with an increase in retirement age in many EU countries, the EU saw a 3.8 per cent growth in the number of older workers in 2015 (between 55-64), which has contributed to the region's economic recovery following the Eurozone crisis.

ASEAN can learn from the EU. Beyond promoting active ageing, ASEAN member states can also explore social policies to aid healthy, sustainable, and independent retirement. ASEAN countries need to consider how senior citizens can continue to be socially and economically engaged, such as developing new skills, returning to education, or becoming active in voluntary work. This will involve changing norms and culture, but it is an unavoidable issue that countries in the region need to address in the coming years.

Report from the Commission on the implementation, results and overall assessment of the 2012 European Year for Active Ageing and Solidarity between Generations [European Commission, 2014]