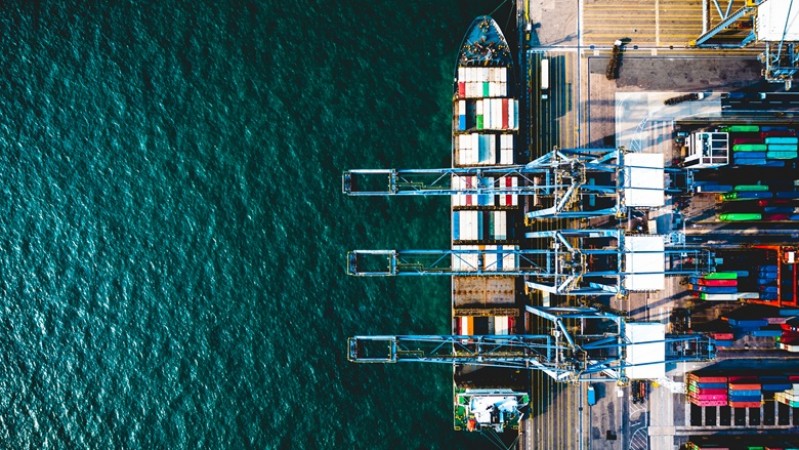 By Mr Kavi Chongkittavorn, Senior Communications Advisor:  When the Regional Comprehensive Economic Partnership (RCEP) comes into force on Jan 1, its member countries can look back with satisfaction at their accomplishments that required more than hard bargaining and negotiations with all kinds of specific instructions from the bosses. Over time those men and women became a family. When they met, they laughed and cajoled, knowing full well what would happen after each session.

However, there was an earth shattering development in early 2017 when the US pulled out of the Trans Pacific Partnership (TPP) that unexpectedly accelerated the RCEP members to wrap matters up as soon as possible to maintain free-trade momentum. It was a crisis that transformed into a golden opportunity for the so-called Asean plus six to show their magnanimity.

Indeed, it was unfortunate that India opted out at the last minute in November 2019 during the final round of negotiations held in Bangkok under the Thai chairmanship of Asean. No country expected that kind of scenario would actually happen as all members wanted to have India as one of the preferred markets, apart from China.

In retrospect, it was a sensitive yet good decision by New Delhi, otherwise the country would have faced multiple challenges immediately after the Bangkok summit. The Covid-19 pandemic and its negative impacts on local socio-economic conditions and the just-ended two-year protests by Indian farmers have rocked the Modi administration to the core.

Be that as it may, RCEP is still open for India to return as a member. In other words, whenever India is ready, it can come in at any time. The same applies to other countries which want to be part of the RCEP family. At the moment, the United Kingdom, Chile, Canada and Hong Kong have expressed keen interest in joining the trade pact.

Back in 2012, when Asean discussed a broader free trade framework with its dialogue partners, no one believed that it would be possible because of the differences in economic size and stage of development. If India's pullout represented the tipping point that helped remove the final and biggest hurdle for the remaining 15 members to cross, former US president Donald Trump's decision to withdraw from the TPP right after he won the presidency in 2017 was the first game-changing moment that provided an adrenaline push for all.

During 2017-2018, anti-free trade sentiment was on the rise and so was the anti-globalisation movement at the grassroots level. The region's leading economies, Japan and Australia, which were members of the TPP, had to come to the rescue, prompting stronger political will to counter anti-multilateral trade that eventually helped to facilitate the RCEP negotiations.

A case in point happened at the RCEP ministerial meeting in Tokyo in 2017, when Japan showed unusual leadership to push forward the negotiations among RCEP countries. Tokyo was also working on the Comprehensive and Progressive Trans-Pacific Partnership (CPTPP), a smaller version of the TPP, to ensure that the free trade regimes across the Asia-Pacific would survive and continue. Both trading pacts are complementary that will expand trading markets for all members.

At the time, the US-China rivalry, which emerged during Mr Trump's presidency, had yet to fester or cause toxic ripple effects on Japan-China relations. Therefore, their cordial ties allowed both sides to participate in the RCEP negotiations without any problems. Both countries hoped to further strengthen their fragile relationship. President Xi Jinping, who was scheduled to visit Tokyo in early 2020, could not go due to the Covid-19 pandemic. Then, incrementally as the pandemic began to create havoc around the world, US ties with China began to sour, with Washington singularly blaming Beijing for the global spread of the coronavirus.

Consequently, like the spread of the virus, one witnessed the high-speed deterioration of China-Japan ties which fortunately did not impact the ongoing RCEP negotiations. Lest we forget, just two years ago, Asia's two largest economies were on speaking terms. Tokyo and Beijing were still consulting and working together to push forward free trade and economic integration.

Kudos must go to all trade negotiators who agreed on common lists of dos and don'ts as it required more than thousands of thousands of commodity items. Humility and mutual desire for shared economic growth won the day eventually. Looking back, given the current situation, if the RCEP were to be postponed due to the unfinished negotiations during the pandemic, the world's biggest free trade pact would never have become a reality. It would be interesting to follow up on the future of CPTPP now that China has expressed its desire to become a signatory.

According to Department of Trade negotiators, Thailand will benefit handsomely from the pact in terms of a bigger market because the member countries have a combined population of nearly 2.3 billion and had a total GDP of US$28.5 trillion in 2020, with their US$10.7 trillion worth of trade comprising 30.3% of global trade last year.

Thailand, which just ratified RCEP last month, will enjoy a total of 29,891 items without any tariffs in the first phase. Another 39,366 items of goods will benefit from a reduction in duties. Although Thailand has signed bilateral free trade pacts with major dialogue countries, the RCEP has reduced further customs tariff collections.

Under the pact, Thai investors can hold 70-80% shares in certain businesses such as construction overseas, creating new opportunities for Thai businesses. Last year, Thailand's trade volume with RCEP members reached 7.87 trillion baht, or 57.5% of the country's total trade. In the coming year, the volume will multiply as Thai exports are expected to increase many times over.

With RCEP coming into force in 10 days, leading economies in Asean and broader Asia are looking forward to forging another mega free trade project known as the Free Trade Area of the Asia Pacific. Thailand, as the chair of Apec 2022, is working hard to create new momentum to ensure the quick recovery of the post pandemic world. Otherwise, protectionist measures could reign.

One caveat is in order. With the current geopolitical atmosphere, any breakthrough as happened in the RCEP negotiations will not be as smooth as before unless there is a new trajectory between the world's No.1 and No.2 economies that is less hostile and more beholden to a collaborative spirit.