Is the United States Ceding the Climate and Clean Energy Leadership to China? 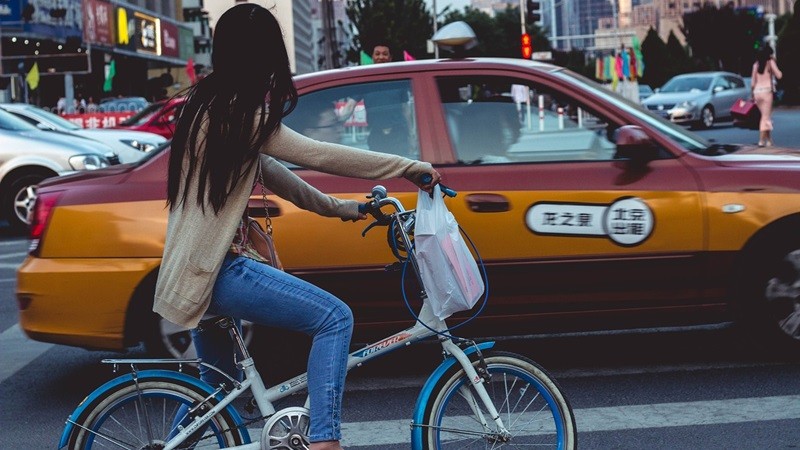 What happens if the United States (US) is not ready to lead the world on Climate Change and the Clean Energy Transition? In its first 100 days in office, the Trump administration has unnerved the world with a series of policy moves and public comments. At President Trump's meetings with Japanese Prime Minister Abe, Chinese President Xi Jingping, and the German Chancellor Angela Merkel, climate change was sidelined in favour of national security and trade discussions, even though it had been a major area of cooperation among the US, Japan, China and the EU. At the start of 2016, the US was well positioned to lead the global fight against climate change. Last month President Trump issued an executive order, rewriting the previous administration's Clean Power Plan, revise emission standards for new coal plants, approve gas pipelines, and undo regulations on methane emissions. He also ordered a new Social Cost of Carbon to be calculated; the moratorium on coal mining on federal lands to be lifted; and climate change to be disregarded in other areas of national policy making.

By reversing his predecessor's policies on clean energy and carbon emissions, Mr Trump is rolling back the new model of cooperative global governance embodied in the 2015 Paris Climate Agreement. During his election campaign Mr Trump had promised to withdraw from the Treaty, but senior officials in his administration are divided over the issue. A decision is expected before the G7 summit scheduled for 26-27 May. 'Our government rushed to join international agreements where the US bears the burden while other countries get the benefit and pay nothing', Mr Trump said, addressing a rally in Pennsylvania to mark his 100th day in office. The previous administration had argued that other countries' commitments to reducing carbon emissions under the Paris agreement were expected to create a big new market for American clean energy companies.

Over past decade, the Obama administration and China's leadership made serious headway in prioritising climate action as part of their bilateral agenda. China has become much more cooperative with the US on climate change issues since the United Nations Climate change conference in 2009, and both sides have achieved tangible results in reducing carbon emissions and enhancing global cooperation. The US-China Joint Agreement on Technology Cooperation in 2014, for instance, laid the foundations for the Paris Agreement a year later.

Regardless of how the Trump administration frames its future approaches, the fact that it is rolling back Obama's clean energy policies makes it nearly impossible for the US to take a leading role on this issue. That undermines American interests on multiple fronts. First, as the US is gearing up to lean back on clean energy technology, other powers like China is leaning forward to supply a rapidly growing global market. The Intended Nationally Determined contributions (INDCs) of the Paris Agreement are expected to generate $20 trillion in new demand for renewable energy and energy efficiency technologies, and if the Trump administration undermines the US clean energy sector there is a good chance that the clean energy technologies the world uses will come from China. Second, if the Trump administration downgrades on its own commitment to the Paris Targets, that gives China an opening to slow-walk its own emission reduction, while still claiming the global leadership mantle on emission reductions. A China-led process may result in a watered down implementation of the Paris Agreement. For example, the China-led developing country group has been pushing for a bifurcated transparency system, under which the US and other industrialised countries would have to provide high-quality information on their progress to achieve their INDC targets, whereas other developing countries would not do the same until 2030.

On the other hand, China is moving ahead in finding new partners for its global climate efforts, and President Xi has vigorously defended the Paris Accord, saying the landmark agreement must not be derailed. China is helping to drive renewable energy's global expansion, taking the country's actual climate leadership beyond mere rhetoric. The emission reduction targets are enshrined in its Five-Year Plan, with a financial outlay of US$360 billion for renewable energy by 2020. Its stable political system ensures that no shift in financial outlays, which will help the country to reach the emission peak 5 years early. Towards that end, this year the Chinese government will establish a national carbon market, which with 5 billion tons of carbon trade will be the largest in the world.

Despite China's massive investments in renewable energy, it is still investing in coal and exporting it. Coal power capacity in China is expected to increase by 19% in the next 5 years, and renewable power production will account for only 15% of energy consumption by 2020. China's dilemma is that it needs to sustain rapid economic development, while simultaneously filling the global climate leadership vacuum. This tension limits the country's ability to form a global bridge that represents the ambitions of advanced countries and meets the aspirations of developing countries, which China represent.

Paris agreement was struck by some 200 countries. But G20 countries accounts for more than 60 percent of emissions. Given the heightened financial risks associated with climate change, implementing new rules by the G20 countries can ensure a smooth transition to a more clean energy economy. China can work with, India, Indonesia, Japan, Germany and France to agree on coherent response to the Trump Administration, and continue to devise a new global cooperation paradigm that takes account of diverging aspirations. "Climate Change is a very important and sensitive issue for the French. I will protect what was made in Paris", said the French President elect Emmanuel Macron last Sunday.

In addition to these realities, economic trends provide incentives for clean energy actions. Renewable energy generation accounts for the vast majority of new jobs in the energy sector; in fact solar and wind power employs more people than the highly automated coal, oil and gas industries combined. Private sector players across the world are making the clean energy transition all but inevitable, and their agendas will not change simply because the US has a different thinking. As long as this is the case, China and other emerging economies will continue to pursue the clean energy transition. This collective leadership will have to suffice until a more forward thinking US administration takes a lead on the global issues. These are difficult times, but collectively we can decide what kind of world we want to live in.

Is the United States Ceding the Climate and Clean Energy Leadership to China?