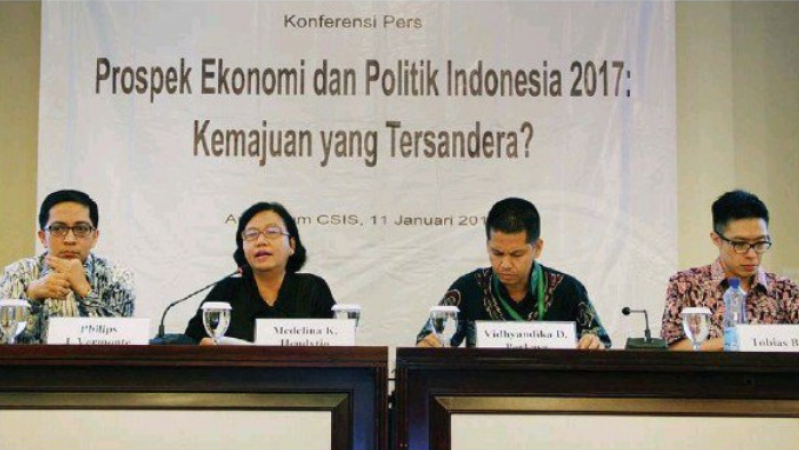 Editor's note: This article was originally published in The Jakarta Post on 3 February 2017. ERIA was mentioned.

Prominent Indonesian organizations have been listed among the world’s most influential think tanks in 2016 according to a study by the Lauder Institute of the University of Pennsylvania.

Anticorruption watchdog Indonesia Corruption Watch (ICW), for example, ranked 20th among the most influential transparency and good governance think tanks in the world and second in Asia, according to the report, which was released last week.

Indonesia’s Centre for Strategic and International Studies (CSIS), meanwhile, was number 65 on the list of top non-US think tanks.

In the Southeast Asia and Pacific region, CSIS ranked fifth. Other Indonesian organizations were also on the list, such as the Economic Research Institute for ASEAN and East Asia (ERIA) at number 17, the Institute of National Capacity Studies (INCS) at number 36, Center for Indonesian Policy Studies in 71st place, the Indonesian Institute of Sciences (LIPI) in 87th place and the Habibie Center at 98.

ERIA was also number 32 on the list of top international economics think tanks.

The Center for International Forestry Research (CIFOR) was the world’s 25th most influential think tank on environment policy.

The report named Chatham House of the UK as the world’s top think tank of the year for 2016.

The annual Global Go To Think Tank Index ranks the world’s think tanks in various categories with the help of a panel of over 1,900 peer institutions and experts from around the world.