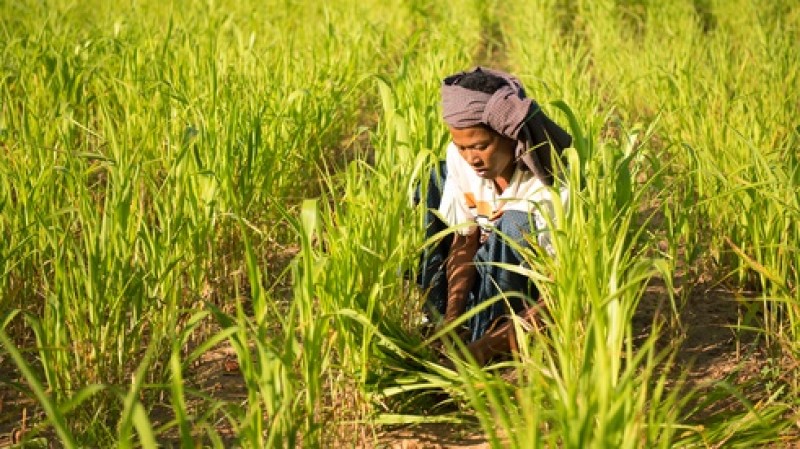 By Dr Lili Yan Ing, ERIA's Senior Economist and Ms Yessi Vadila: COVID-19 is a wake-up call for the world.  The pandemic has brought the worst economic impacts, after the WW II.  While Eastern countries seem much more well prepared than their Western peers in terms of handling the affected ones, the test, and mitigating the economic impacts of it, the poorest countries and populations are the ones who will be hit the most of this pandemic.  As of 03 June 2020, COVID-19 has killed more than 380 thousand lives, infected more than 6,38 million people, and brought about half-billion or 8% of the total world population into poverty, including 60—80 million into extreme poverty.

In Indonesia alone, just less than three months, between early March 2020 and 03 June 2020, COVID-19 caused more than 1,700 Deaths, infected 28,300 people, and dragged down more than 1.1 million into poverty. The number of people brought into poverty is estimated to reach more 30 million in this year, the same level as what Indonesia experienced in 2011 after the global financial crisis, or even worse.

This pandemic hits the Indonesian economy from at least the aspects: (i) lower world demand will lower demand for Indonesia’s main exported products, (ii) dry world capital will reduce foreign direct investment into Indonesia, and (iii) sluggish tourism will hit services and many of small and medium enterprises (SMEs). The Indonesian economy is estimated to grow at maximum of 0.5% this year, given the Chinese economy can record a growth of 1.2%. And it will take Indonesia at least three years to recover.

Like in other developing countries, the main issue for Indonesia caused by this pandemic is 'rising poverty and youth unemployment'.  In the last ten years, about 70% of Indonesian population are in the working-age, with a stable unemployment rates ranged between 5.3—7.1%, after the Global Financial Crisis. By February 2020, total unemployment recorded 6.9 million. Just between March and May 2020, it is estimated that more than 2.1 million people will be pushed into a situation either being laid-off or asked to voluntarily leave without pay.

To mitigate the economic impacts of this pandemic, the Indonesian government has launched major fiscal and monetary stimulus to overcome the pandemic. The fiscal stimulus totalled IDR 405.1 trillion (about 2.5% of GDP) is distributed to support the healthcare sector (IDR 75 trillion), social safety nets (IDR 110 trillion), tax incentives (IDR 70.1 trillion) and National Economic Recovery Program including credit guarantee for the private sector (IDR 150 trillion). It is accompanied by monetary stimulus of a reduction of interest rate to 4.5%, lowering reserve requirements for banks, increasing the maximum duration for repo and reverse repo operations up to 12 months, introducing daily repo auctions, and increasing the frequency of foreign exchange swap auctions. Bank Indonesia also takes necessary measures to ease liquidity conditions and support bond market stability.

While the government has launched these good starts of stimulus, it seems there are many areas for improvement in the implementation.

First, we need to ensure that this COVID-19 Social Safety Nets work, effectively and efficiently, but only temporarily. We should learn from our mistakes in the past by providing subsidies on fuels and rice at the cost of future generation income. We should provide a crystal clear single criteria to avoid any misinterpretation in the implementation, for example, we use indicators that the safety net will go to families that do not have any built-in electricity or no more than 450 watt monthly, and that the program will go for a temporary period, subject to pandemic situation progress.

Second, all tax incentives should only go to productive activities (agriculture, industry and services). In the last ten years, around 30% of loans went to consumption goods, only 15.8% went to industry and 7% to agriculture, forestry and fisheries. There are no such justifications that relaxation in interest rates should go to property, consumption, or vehicles. If the government could ease both interest rate and the terms of interest rates for the productive activities, this will be a ‘good correction’ for the economy in the long run. If the government fails, Indonesia will be trapped in providing subsidies for unused.

Third, to address the issue of rising youth unemployment, on 11 April this year, the government launched a ‘pre-employment card’, aiming to improve skills. The government provided IDR 20 trillion, targeting 5.6 million workers who were either laid off or furloughed, informal workers, and SMEs, affected by COVID-19. Each beneficiary will receive a training fund worth IDR 1 million, post-training incentives of IDR 600,000/month for 4 months, and incentives of IDR 150,000 for 3 surveys on working status. The program received great enthusiasm in the beginning, just in one day, 1.4 million people applied for this program.

Despite good intention of offering a multi-benefit program that provides financial support as well improves skills and productivity, the pre-employment card has at least three main caveats that need to be addressed immediately. First, this program is largely criticized as a large chunk of fund goes to services providers for materials that had been readily and publicly available, instead of to beneficiaries. This will not be able solve the core problem of the laid-off and furloughed workers as they had had a job before the pandemic, and what they need during this hard time is ‘cash to survive’. Second is the lack of transparency in the criteria of training services providers, the credibility of skill and education provider, and the selection process.  Last is data of beneficiaries. The government should have a clear database of targeted beneficiaries. But, in a recent interview, a senior official mentioned that applicants can even be rejected to receive the benefits, due to low quality of self-pictures. If the government is not well-prepared, there is a risk that disbursement shall not be well-targeted and distributed.

The bottom line is that the stimulus package and pre-employment card program should be accompanied by a well-prepared list of targeted beneficiaries and well-designed monitoring and evaluation system to ensure that these programs are 'purely social and not political'.

This opinion piece was written by ERIA's Lead Advisor and Senior Economist, Dr Lily Yan Ing and Ms Yessi Vadila, Trade Analyst, the Ministry of Trade of Indonesia. It has been published  in East Asia Forum Quarterly Vol 12 No 2 (please read page 27-28) and East Asia Forum . Click here to subscribe to the monthly newsletter.