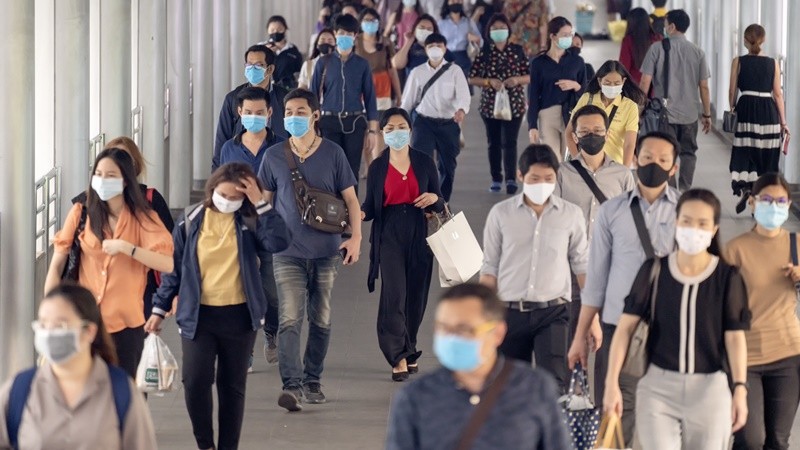 By Dr Lili Yan Ing, ERIA's Senior Economist:  COVID-19 has brought the worst economic impacts in the modern era, hitting the world from both demand and supply sides simultaneously.

By 18 September 2020, COVID-19 has infected more than 543,180 people in Southeast Asia (known as ‘ASEAN’ which consists of the 10 member countries that are Brunei Darussalam, Cambodia, Indonesia, Laos, Malaysia, the Philippines, Thailand, Singapore, and Vietnam). It has taken more than 13,265 lives, with a mortality rate of 2.4% in ASEAN with Indonesia and Vietnam recorded mortality rates of 4.1% and 3.2% among the highest in the world.

At the same time, COVID-19 has caused more than 30 million people in ASEAN to become unemployed, pushing about 18 million people into poverty, of which 3 million are in extreme poverty. What worries us most is that if we fail to make good corrections, rising unemployment and poverty may persist for a long term. In 5 years’ time, it will be very difficult to help people who are currently unemployed return to their previous employment as their skills will be obsolete and they will be crowded out by fresh graduates. This will create structural unemployment, and structural unemployment will lower GDP in the long run.

COVID-19 has hit the ASEAN economy at least from 3 channels. First, lower global demand decreases ASEAN’s exports. Second, dry global capital markets reduces foreign direct investment into ASEAN. Third, sluggish tourism hits the services sector and many small and medium enterprises (SMEs). As of now, most ASEAN countries are experiencing a recession with two consecutive quarters of negative economic growth  - the first and second quarters of this year. In the best scenario, ASEAN will contract by 2.7% this year, and even if ASEAN can inject domestic consumption in the 3rd and 4th quarters, it can only grow by 3-4% next year.

The good thing about the ASEAN economy is that ASEAN has recorded an average economic growth of 5.2% in the last two decades. This growth is supported by low budget deficits and reasonable public debt.

By September, ASEAN countries had allocated a total fiscal stimulus of USD 207 billion (or about 6.5% of their GDP). This is much higher than the average of developing countries at 3%. The fiscal stimulus goes to health care, social safety nets, tax incentives and economic recovery programs.

Many experts consider that Eastern countries, including ASEAN, have been managing COVID-19 relatively well compared to their Western peers in terms of managing cases and mitigating the economic fallout.

But despite ASEAN’s good management interventions, there is room for improvement, especially in terms of implementation.

At the national level, there is a need to improve the implementation of stimulus. First, health and economy are not a trade-off. We should prioritize health first at all efforts. Society can run business and return to normal daily activities if and only if they are safe and healthy. When we prioritize health first, then economic recovery will be automatic. Second, ensure COVID-19 social safety nets work effectively and efficiently, but only temporarily. It is crucial to target the right beneficiaries. Third, allocate tax incentives to productive activities (agriculture, industry, and services), not consumption goods. Fourth, increase disbursement rates of fiscal and monetary stimulus, and ensure the programs are ‘purely social and not political’’.  Last, we need a clear post-COVID-19 strategy with that places health and education at the top of the development agenda, as well as a trade and investment strategy to help business to recover quickly.

ASEAN has had a large number of good commitments; but this is the time for not only commitments but for real, solid ASEAN cooperation. At the regional level, we need to prioritize health first. ASEAN may cooperation with China, Japan, Korea, and Germany to ensure availability of health supplies at affordable prices for all levels of society. Second, we need to ensure availability and price stability of food supply, particularly basic foods.   Third, streamline export-import and investment procedures and put automatic licencing systems in place at zero cost. Last, improve capacity in digital-based-activities (assisting ASEAN countries in need) to ensure development in education, industry, and public services.

The success of a country is not merely determined by levels of GDP or economic growth. It is determined by the success in improving ‘the quality of life of its people’ —a safe, healthy, and educated society.

This opinion piece was written by ERIA's Lead Advisor and Senior Economist, Dr Lili Yan Ing . It has been published  in The ASEAN Post and The Borneo Bulletin. Click here to subscribe to the monthly newsletter.