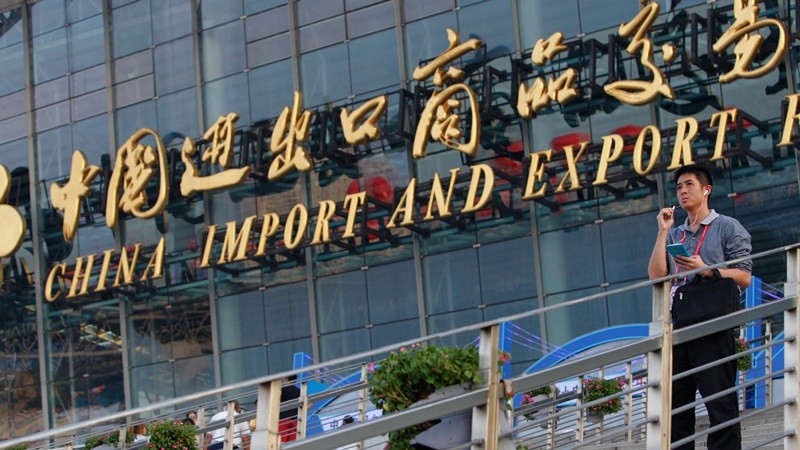 The Association of Southeast Asian Nations (ASEAN) has played an essential role in building prosperity in the region in its 50 years of existence. ASEAN’s GDP now stands at approximately US$2.5 trillion, ranking the expanded grouping as the world’s sixth largest economy and fourth largest global trading power. ASEAN nations have built regional production networks across many sectors, have boosted their competitiveness in global markets and have significantly reduced poverty.

But while the current achievements and progress look good, there is a very significant external threat at its door step: the growing tension over the trade between the United States (US) and China.

Since the beginning of 2018, President Donald Trump’s administration has announced a 30% tariff on imported solar panels, 25% tariff on steel, and 10% tariff on aluminium in an attempt to curb its 375 billion USD trade deficit with China. Following those measures, The U.S. Trade Representative (USTR), an executive office of the US President, has published a report that determined that the acts, policies, and practices of the Chinese Government related to technology transfer, intellectual property, and innovation covered in the investigation are discriminatory and harm U.S. commerce[1].

According to the report, the US plans to apply the tariffs to about $50 billion worth of goods to punish China for its actions by imposing an additional 25% duty on 1300 categories of goods.

While the list of goods excludes many Chinese-made consumer products including clothing, shoes, and toys it includes cutting-edge technology products such as semiconductors, medical devices, aircraft parts and batteries, and other high-tech components of high value added industries. In other words, the US action is geared towards China’s high value added and technological intensive products and to go after China’s “Made in China 2025” plan.

In responding to the US action, China is critically targeting a narrower range of 106 types of US goods which make worth 50 billion USD in 2017 that made up to 38% of the total US’ export to China. Among the 106 products, the top 3 products from the US that China is targeting are aircraft (16.3 billion USD), cars (10.6 billion USD), and soya beans (12.4 billion USD).

The list China published to retaliate against US threat is shrewd. The list aims to put pressure on industries that have powerful influence on the American political system and significant impact to the bilateral trade value, including the aircraft and soya beans industries. Moreover, the targeted products come from politically sensitive states such as cranberries from Wisconsin, home of the Speaker of the House of Representative, Paul Ryan, and bourbon from Kentucky, Republican leader of the senate, Mitch McConnell’s state.

It is worth noting that none of the tariffs won't go into effect immediately. The US administration will hold a public hearing for US businesses on May 15. After the completion of the hearing process, the USTR will issue the final determination on the products subject to the additional tariff.

ASEAN countries are deeply connected with the regional supply chain, serving as a major supplier of industrial intermediate inputs to China for further processing and re-export to western countries including the US. The US imposition of tariffs on Chinese products will potentially disturb regional production networks that have built for the past 30 years. In 2016, 12.4% of ASEAN exports went to China while 30.1% of those products are intermediate goods for production of goods that will be exported out of the country. In short, measures attempting to curb US import from china have the potential to have an indirect adverse effect on ASEAN economies.

More specifically, ASEAN might be hit hard in the electrical and machinery sector. In 2016, the share of ASEAN electrical and machinery exports in proportion to the whole ASEAN export to China was around 36 percent while 41 percent of those exported products were used by China for further production processing. This threat is particularly relevant for Malaysia, Philippines, Singapore, Thailand and Viet Nam.

On the other hand, the potential trade conflict between US – China might also be positive for ASEAN economies. For example, if Apple products assembled in China suffer from the trade conflict, Vietnam could benefit because it is a major production base for Samsung Electronics Co., a major competitor to Apple.  At the same time, China might buy more from the region if it follows through on its threat to retaliate against American products. Slapping tariffs against American soya beans, for instance, could increase demand for substitutes such as palm oil products, a major source of exports for Malaysia and Indonesia. On the investment front, due to its location and cultural similarity, it is rational for businesses to relocate their investment to ASEAN economies to avoid getting caught in the middle of a US and China trade conflict.

There are at least two things that ASEAN governments and leaders can consider to uphold the current trading system and to take advantage of opportunities that might arise from the trade conflict.

First, ASEAN should realize its significance, as a regional grouping, in global geopolitical dynamics and utilize that by shoring up support for trade. This argument is based on the fact that no country really dominates ASEAN, and no country in ASEAN would independently have the strategic geopolitical weight to be heard in the world. ASEAN is the only way for a group of relatively small countries that in a collective become a middle power that will be heard in the world. Support for the existing global trading system can be accomplished by keeping ASEAN centrality in regional forums to advance regional cohesion, economic integration, and international influence. In practice, this strategic goal can be manifested by concluding the Regional Comprehensive Economic Partnership negotiation with its six main trading partners.

Second, ASEAN governments should double down their commitment to push structural reforms in each respective economy. While a trade war might have a negative impact on the global economy, there are also opportunities arising from the conflict. For instance, the rebalancing of multinational investment might spur more investment into ASEAN economies and in the end boost the growth of ASEAN. Also, US and China might buy substitute goods from ASEAN should they decide not to buy goods from one another. In taking this opportunity, ASEAN needs to continuously improve its investment climate, improve its trade facilitation environment, and continue its domestic structural reforms to improve its competitiveness.

This opinion piece has been published in Jakarta Post. These opinions are his own and do not necessarily represent ERIA. Click here to subscribe to the monthly newsletter.