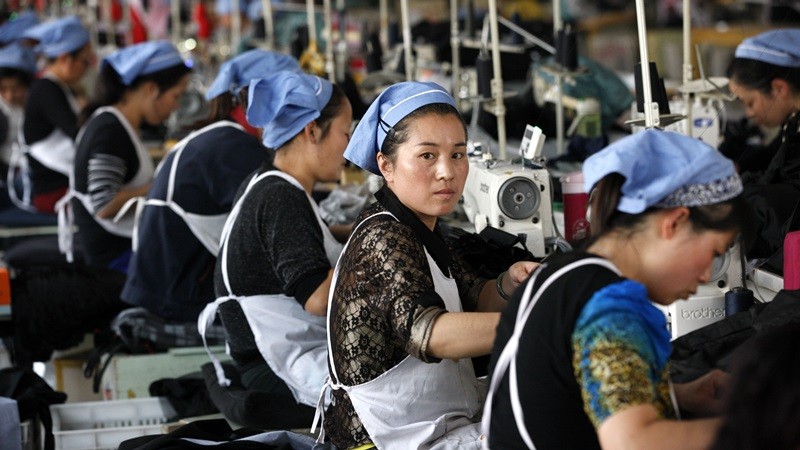 Two important economic trends have emerged during the past few decades: rapid globalisation and increasing wage inequality. Developing countries, in particular, have been exposed to the effects of rapid globalisation through international markets and competition, resulting mainly from policies supporting trade and FDI liberalisation, deregulation, and technological progress?--?all of which contributed to reducing transaction costs in international economic activities. East Asian countries have been particularly noticeable in this regard as they have been rapidly integrated within the region as well as with the rest of the world through more liberalised trade and investment regimes and also through increased trade and investment flows. Regarding wage inequality, many middle and high-income countries have experienced growth in wage and/or income inequality (Goldberg and Pavcnik 2007, IMF 2007).

Two related questions are raised given these phenomena: has globalisation caused both wage and income inequalities to increase? If it did, we are interested in the mechanisms involved. Further, and perhaps more importantly, what policies are needed so that the benefits of globalisation are more equally distributed among economic agents which will in turn make the process of globalisation contribute to economic growth and development on a more sustainable basis.

The discussion surrounding whether and how wage inequality between skilled and unskilled workers is affected by globalisation is a long-standing issue in international economics. The debate has been most active in the context of developed countries, such as the U.S., where the relative wages of unskilled workers have declined since the 1980s. Two competing explanations have been put forward as a cause for this phenomenon: trade versus skill-biased technological progress. According to Heckscher-Ohlin and Stolper-Samuelson, international trade is expected to increase the relative wages of skilled workers in a skill-abundant country while decreasing them in a skill-scarce country. According to these two theories, the U.S., as a skill-abundant country, would probably experience a rise in skilled-unskilled wage inequality as a result of increased trade.

An alternative explanation asserted that the rapid spread of computers and other information and communication technologies, which increased the relative demand for skilled workers in almost every industry, is the main cause. This latter view received wide support from many empirical studies which were conducted mostly in the 1990s based on industry-level data. General consensus from early studies was that skill-biased technological progress, rather than trade, was the principal cause for the increase in wage inequality.

Neither of these theories is satisfactory and further scrutiny of these issues is warranted, particularly for countries in East Asia.First, new theoretical frameworks, such as heterogeneous firm trade theories, together with the increased availability of firm-, plant-, or even product-level datasets allows us to conduct in-depth analyses of these issues. More recent studies begin to reveal new mechanisms through which globalisation affects wage inequality. There could be interactions between trade and skill-biased technological progress, trade-induced compositional change in firm's product portfolio, or complementarity between imported capital goods and skilled workers. To the extent that these mechanisms are important, trade should be viewed as a complementary, rather than competing, explanation for the observed rise in wage inequality.

Second, outsourcing and trade in intermediate goods have expanded over the past two decades (Feenstra 1996, 1999). This trend has been most noticeable in East Asia; international outsourcing can raise wage inequality not only in outsourcing developed countries but also in 'outsourced' developing countries.

ERIA conducted research on this subject, covering many countries in Southeast and East Asia. A number of findings are worth mentioning. There is a declining wage gap in Philippines manufacturing due to trade liberalisation introduced by the AFTA (ASEAN Free Trade Agreement) (Aldaba 2013). In the face of more intense foreign competition, import-substituting firms may have decided to concentrate on the low value added stage of the production process which requires relatively fewer skilled workers.

In support of the theory on outsourcing, ERIA's research in Thailand found that the engagement of many Thai firms with global production networks increases wage skill premium in skill-intensive firms (Kohpaiboon and Jongwanich 2013). This suggests that firms that are active in global production networks restructure their production methods using more advanced technology. Findings from ERIA's Vietnam country study supports the observations from the Thai case (Thangavelu 2013). An analysis using enterprise-level data of Vietnamese manufacturing found firms that adopt new technologies and restructure their organization, as a response of a more opened trade and investment regime in the country, were likely to experience an increase in the wage gap between skilled and unskilled workers.

One may argue that the widening wage gap is attributable to increased export that stems from an increasingly open global trade regime. The growth of global production networks in East Asia was motivated largely by the outsourcing of production units dedicated for exports to other countries (South East Asian countries in this case). The Thai and Viet Nam studies support the argument that widening wage gaps were evident in more skilled-sectors, most of which are export oriented.

An additional point about endogenous technology through R&D mechanisms was made in the case of Korea manufacturing (Hahn and Choi 2013). Hahn and Choi's 2013 study showed that output tariff reduction interacts differently with plants' R&D and investment behaviour which affects the wage skill premium. Tariff reduction increases wage skill premium mostly in R&D-performing plants while reducing it in plants making positive facility investments. Their finding implies that, although both R&D and facility investments may respond to changes in profit opportunities due to output tariff reductions, R&D raises the relative demand for the skilled workers while facility investment, an activity of increasing production capacity, raises the relative demand for the unskilled workers.

The importance of competition (as a result of globalisation) is found in the case of Indonesian manufacturing (Takii and Narjoko 2013) The 2013 study by Takii and Narjoko argued that tariff cuts resulted in local and less globalised firms hiring more skilled workers. The increase in the supply of imported products motivated the local plants to upgrade their production quality (by hiring more skilled workers) in order to win the competition against imported inputs. The declining trend in the relative wage has made it easier for these plants to hire more skilled workers.

All studies so far, including those produced by ERIA, make the point that trade liberalisation brings about not only benefits but also costs, that is, an increase in disparity between skilled and unskilled workers in the labour market. A country liberalizing its trade and investment regime should seriously consider upgrading the skill of workers in general. More open trade and investment regimes bring new technology and new methods of production, including outsourcing, due to international production networks. The more open regime provides an opportunity of moving up to more skill intensive activities. Skill upgrading therefore is inevitable and therefore policies must focus on providing adequate and qualified skilled workers to allow firms to benefit from the more globalised environment.

Strengthening general social protection schemes should also be considered, in order to make the benefits from liberalised trade more equally shared among economic agents. This is because it is not always clear what groups of workers are adversely affected. Globalisation evidently also changes the expected risk of income in the future; therefore, there is a need for a more general approach instead of the specific globalisation adjustment program such as trade adjustment assistance (TAA), which targets only the displaced workers by FTA-related import penetration.