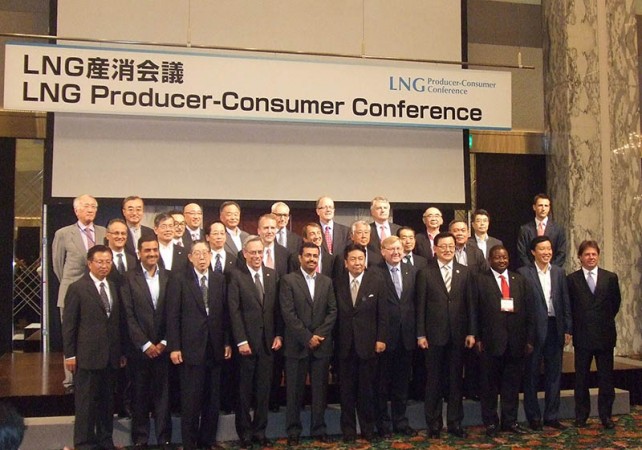 This was the first global conference at which both government and private LNG producers and consumers met. Around 500 participants attended including Ministerial-level representatives from producing and consuming countries, major oil companies in the US and European countries, Middle Eastern and other state-owned enterprises producing LNG, LNG consumers in Asia and the EU as well as Japan, trading companies and international organizations.

The circumstances surrounding LNG have been changing dramatically in recent years, mainly in the Asia-Pacific region, and LNG trade is expected to continue to expand and to become more prosperous. In the light of such a situation, this conference was organized for the purpose of sharing perspectives on the long-term supply and demand projections of LNG and enhancing a transparency on LNG trading market, which will lead to establishing cooperation among concerned businesses.

Prof. Hidetoshi Nishimura, Executive Director of ERIA moderated Session 4 on "LNG Finance and Technology". The Session 4 focused on the topic of development and future of LNG finance and new technology for gas production and transportation. Prof. Nishimura summarized the Session, saying "it is necessary to expand a large supplied amount of finance corresponding to the financial needs as well as both technological innovation and human resource development in order that we provide LNG in stable and inexpensive to the market. Also it is important to ensure LNG finance, including consideration of the environment, safety and social responsibility."